His exaggerated name is likely poking some fun at the deliberately over-the-top names featured in 1990s Barb Wire stories.

“Stormblüd” is super-strong. He’s likely in the “Class 50” range, but probably not quite as strong as Mace Blitzkrieg. Wyvern Stormblüd can easily throw a SUV dozens of metres away, crash through almost any wall, etc.

His strength enhance his running and agility to what seemed to be slightly superhuman levels, even when quite sloshed.

His durability also seems enhanced, but not *that* much.

However, more ordinary levels of force are likely pointless.

Stormblüd is delusional, thick as two short planks, and may have brain damage. He’s also routinely inebriated and severely alcoholic. He does have a rough sort of charisma, though, and his speeches are not *that* bad given that they’re drunken improv.

He has no source of income, though he’ll simply takes what he wants (usually alcohol). Stormblüd squatted in an abandoned industrial complex outside the city limits.

Stormblüd seemed surprisingly accurate with thrown objects. Or maybe he just got lucky.

The man grandiloquently and drunkenly calling himself “Wyvern Stormblüd” apparently came to Steel Harbor in 2014.

Since he was completely dysfunctional none of the super-gangs were interested in recruiting him, but he stayed out of their turf so they let him be.

Stormblüd spent most of his time ranting incoherently, bar-diving, getting roaring drunk without paying and doin’ damage. He once hit the Hammerhead Bar & Grille, to owner Barb Wire’s furore.

Things escalated when he started raiding police precincts to free suspects in bulk. His “plan” was apparently to build up a new super-gang in Steel Harbor. The Prime Movers and the Wolf Gang grew concerned, as some of their daftest foot soldiers might join him.

Barb Wire was subsequently manipulated by the super-gangs into taking Stormblüd down. In particular Hunter provided her with a high-tech pistol capable of neutralizing the nanomachines empowering certain superhumans.

Depowered for a while, the ranting alcoholic was taken away by the Feds.

Stormblüd seemed a bit shorter than Mace Blitzkrieg, but broader. Once depowered he was still a tall and very powerful man, but his physique became more reasonable.

His speech is generally slurred and not terribly coherent.

“Wyvern Stormblüd” lives in a smashed fantasy world where he’s some heroic-fantasy figure resembling Marvel Comics’ Thor, crossed with a war leader like Mel Gibson’s rendition of William Wallace and some pseudo-Lord of the Rings material.

He’ll routinely talk to objects (for instance imagining that a stolen car is a horse) and address imaginary crowds of soldiers in his service.

He’s fixated on infanthood. Though he hides this, he sleeps in a home-made crib with baby toys, a safety blanket and other infant supplies – including a pacifier to ease his sleep. It may be a simple fetish, but given his prodigious drinking one suspects brain damage instead.

Stormblüd sleeps most of the day, and spends the night pub-diving and rampaging until he steals a car and comes crash home before the morning.

“I am the coming of… uh, the return of… I am Wyvern Stormblüd, scourge of… all who oppose me ! Your puny jail bars cannot… *hic*… keep me out… or in ! Come to me, mortal men ! Meet the maker of your unmaking ! You are to me no… uh… stopper of me ! I tread on you like unto something walked upon !”

(Entering an empty warehouse) “Long have I… long-ed for the towers of my keep. The multitudes shower me with fragrant fragrances and great, steaming haunches of mutton ! Fetch hot towels, vassal !”

(Addressing an imaginary crowd) “Please, please… your applause gives voice to your ardor, but cease, I pray you ! My heart bids I speak to you… from my heart. Long have we suffer-ed, long is the winter of our dis… enchantment. Oh, yes. But I am come to release the impison-ed ! […] Those who would lead you are unworthy of your following ! Those who lead you will lead you to ruin ! But I will lead you to war !”

“I am William Wallace !” 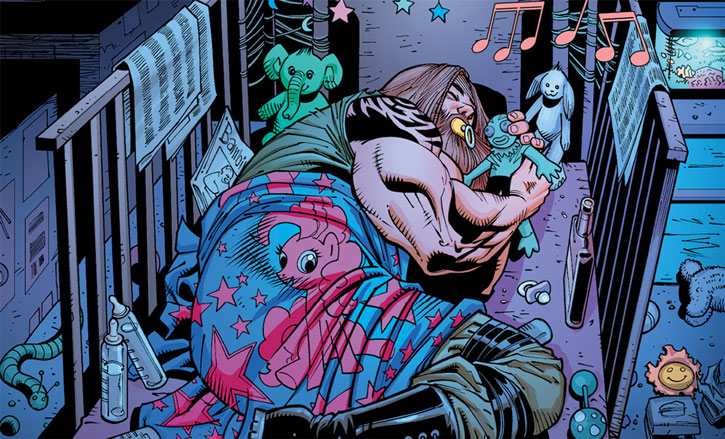 “Who dares disturb my earn-ed slumber ? You have instead disturb-ed death incarnate itself ! Face me, base cowards ! It is an honor to die at my hands ! Ask anyone ! I seal your fate !”

“When I find you, you will never be found ! My style is impetuous ! My defense is impregnable ! I’m ferocious, I want your heart, I want to eat your children ! I will wash my hands in your blood !”

He could actually be from Asgard — the DC Universe depiction of Thor (seen in Sandman back in the days) kinda resembles him, really. Like with the Ultimate Universe version of Thor, people would widely doubt his rantings about that.

In the Marvel Universe he might worship Thor and/or Odin. There are such cults in the MU, though they may not resemble real-world asatru that closely (since their god is a known, physical presence in the world).

Bonuses & Limitations:
Growth is Always On and Already Factored In.

Drawbacks:
SIA toward Alcohol, Minor Rage, Minor Psychological Instability, Misc.: usually roaring drunk, which raises the OV/RV of tasks requiring fine motor coordination by 1 or 2 CS (depending on the level of inebriation). 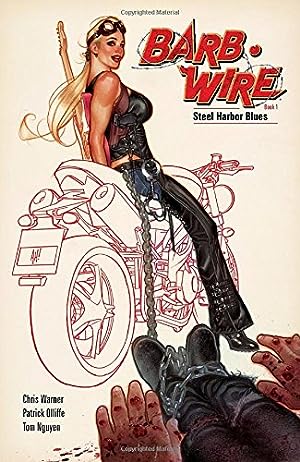 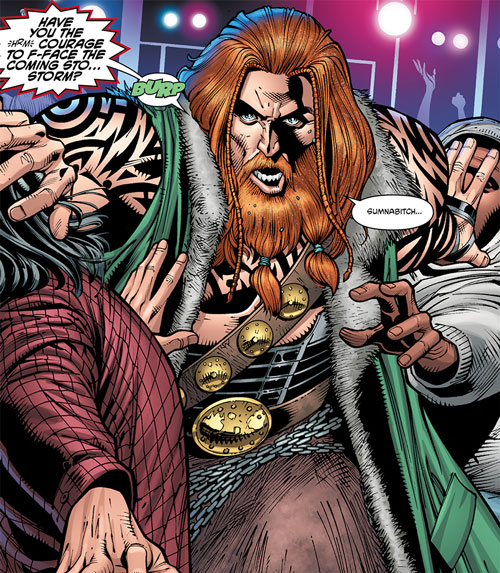