Mystique can assume the shape of any humanoid being. This shape-shifting ability is extensive enough that she can take such unusual shapes as a human-sized replica of the Statue of Liberty, replicate unusual physical properties such as Wolverine’s claws, and fool retinal scanners and voice-print analyzers (in DC Heroes terms Chameleon, Mimic, Artist (Actor)).

If Mystique is badly hurt, her body will begin to blur between all of the recent forms she has taken.

Mystique seems to have many other enhanced reptilian abilities in addition to her camouflage, as is reflected in her natural appearance. Other examples include her ability to leap (Jumping), adhere to surfaces (Cling) and her ability to seal even extensive abdominal wounds, much like those reptiles that can seal their blood vessels when body parts are broken off (Invulnerability, Stabilization).

It is possible that there are additional reptilian traits possessed by Mystique, such as Thermal Vision, but no other abilities have been confirmed as yet.

Her chameleon abilities are complemented by impressive imitative skills. She posed as Senator Kelly’s top aide and then Senator Kelly himself for weeks without being detected (Artist: Actor). Additional training for her role as the Brotherhood’s infiltrator includes extensive training in security systems, computer hacking, and transportation (Thief, Scientist, Vehicles).

She is very agile and is a formidable combatant (Acrobatics, Martial Artist).

Mystique vs. Wolverine in 720p.

Mystique’s origins are, appropriately, largely a mystery. It is known that she manifested her mutant powers before leaving school. If she followed the typical mutant life sequence, her powers probably manifested at puberty. At some point she encountered Magneto’s Brotherhood of Mutants and joined them in their terrorist activities.

Unfortunately for the Brotherhood, Senator Kelly’s mutation allowed him to escape from his cell and warn the X-Men of Magneto’s plot before he died as a result of the mutation procedure.

When the X-Men arrived at the Statue of Liberty to stop Magneto, Mystique was part of his first line of defense and delayed the team for a while before being seriously wounded by Wolverine. The X-Men foiled Magneto’s plot and left the unconscious Brotherhood members for the authorities.

The injured Mystique took the shape of a security guard to escape arrest, later assuming the deceased Senator Kelly’s identity and calling for a halt on the Mutant Registration Act (X-Men).

In the guise of Senator Kelly, Mystique was able to determine where the US government was holding Magneto after the Liberty Island incident. While she was tracking down Magneto, she also discovered Colonel William Stryker’s plan to kill every mutant on Earth.

After Mystique freed Magneto, the two of them joined the X-Men in stopping Stryker from carrying out his plot. Magneto and Mystique fled the scene afterward with a new recruit for the Brotherhood, former Xavier’s School student Pyro, and are currently at large (X2).

While Mystique can take any humanoid form, her natural appearance is that of a tall, lithe female with blue reptilian-scaled skin, yellow eyes, and red hair. She usually has a cold stare or a calculating smile. In her natural form her voice has a disturbing resonance.

Mystique tends to be rather quiet, as befits her role in the Brotherhood as an infiltrator. She does have a cruel streak, particularly when confronting tormentors or those who would oppose the Brotherhood such as the mutant-hating Senator Kelly or the X-Men.

However, she does not let that distract her from the mission or goad her to excess. Mystique constantly seeks ways to weaken potential opponents by encouraging divisions in their ranks. This was clearly seen in some of her efforts while posing as Senator Kelly, and during her attempted seduction of Wolverine while the X-Men and the Brotherhood had their temporary alliance.

She’ll also tend to silently mock her foes in combat, making faces or rude gestures to try and anger her enemies and hopefully drive them to act without thinking.

“You know, people like you are the reason I was afraid to go to school as a child.”

Nightcrawler: “Why don’t you stay in disguise all the time, you know, look like everyone else ?”
Mystique: “Because we shouldn’t have to.”

Mystique might be a relative or partner of Killer Croc. Mystique’s agility and guile in tandem with Croc’s strength and ferocity could make for a frightening combination.

Unless some version of the “mutant problem” has been adopted in your campaign in some form, the Miscellaneous Drawback can be dropped.

Connections:
The Brotherhood of Mutants (High).

Drawbacks:
Miscellaneous (Social Stigma: Mutant — exact effects are up to the GM, but could probably be treated as Socially Inept when interacting with those prejudiced against mutants), Distinct Appearance.

In combat, Mystique seldom if ever substitutes Martial Artist for EV or RV. She’s not the type to get into slugging matches.

Her usual tactics depend on whether or not she has won initiative. If she has the initiative, she will substitute for AV and Press the Attack in conjunction with a Critical Blow to drop (or at least Knockback) her opponent so that she does not get hit in return.

If she loses Initiative, she will substitute for OV or use an All-Out Dodge to get some space between her and her attacker. She will substitute Martial Artist for EV if she gets the opportunity to launch a Blindside attack — she usually tries to approach her targets in the guise of an ally for this purpose. 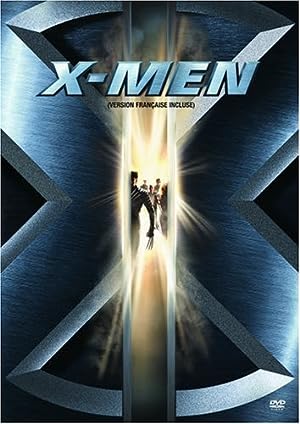 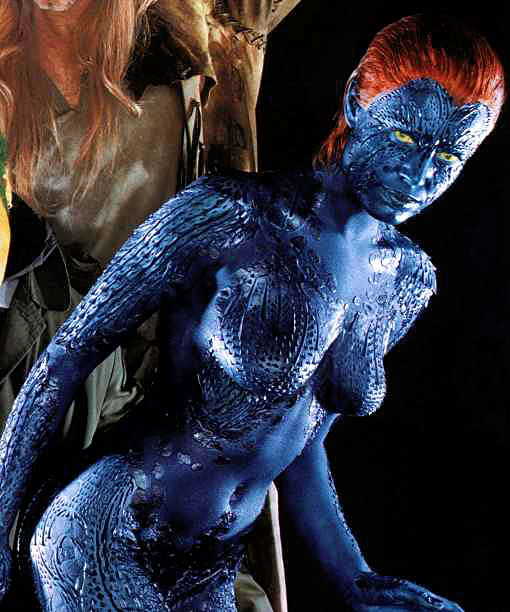