X-ray’s body is a non-corporeal humanoid embodiment of radiation. As such, he’s immune to physical injury and constraints and able to fly.

He can also project hard radiation of any wavelength from his body.

Being composed of energy, he does not require air, food or water to survive. X-Ray absorbs anything he might need from his surrounding cosmic radiation.

The history of James Darnell, aka X-ray, prior to being recruited as a propulsion engineer by Simon Utrecht has yet to be revealed.

He, along with his sister, Ann Darnell, was among the small group led by Utrecht to simulate the crash that gave the Fantastic Four their powers.

After gaining their powers, they formed the super villain group named the U-Foes. X-Ray has remained with the group ever since and is currently held in custody. For more details, see Utrecht’s profile.

Jimmy Darnell is permanently changed into his X-Ray form. This form resembles a humanoid body with a strong radiating source in the middle of his chest radiating outwards. His body consists out of pure energy resembling red radiation and he is constantly surrounded by a light red force field around his entire body.

He has no apparent features except his completely white eyes and mouth.

X-Ray is the basic, bloodthirsty thug. He is quite young and sometimes behaves rather immaturely.

He has no remorse against killing, and, in fact, likes it. He readily kills on his own initiative or as willed by his leader.

He really likes to blast and has many times been tricked by his enemies into blasting his teammates.

Believing himself to be immune to damaging it is not a hard task for an opponent to defeat him once they have figured out his weaknesses.

With some good explaining the U-Foes could also be used as a powerful gang of mercenaries for a criminal mastermind, a mastermind superior over the proud Vector, such as… Lex Luthor. And of course X-Ray might be able to give off some weak form of Kryptonite radiation. 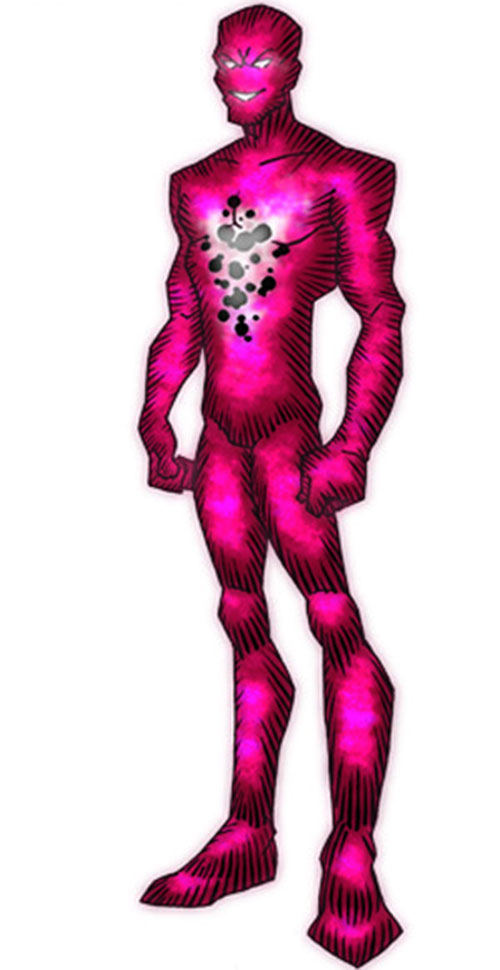 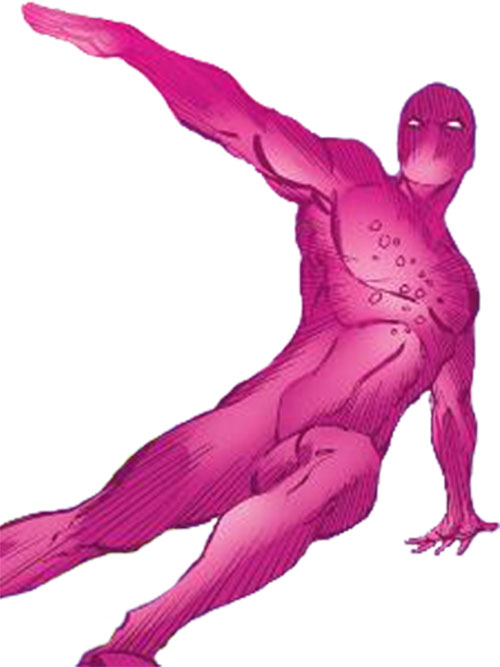