X-Treme is extremely fast, strong, and deadly with weapons.

Furthermore, he has the mutant ability to “ignite” the electrolytes in a person’s bloodstream. This causes intense pain which is generally debilitating to the target (in DC Heroes RPG terms, Paralysis). He can affect any number of targets, and in fact put down the entire X-Force team at one point with little effort.

There’s only one catch: the person’s blood must be exposed to air in order for the power to work.

He also seems to have cybernetic implants of numerous bladed weapons (Claws). Furthermore, he carries a large supply of small, throwable weapons with him at all times. He also has the ability to see with unusual clarity at a distance. This may be an attribute of the Shi’ar race. 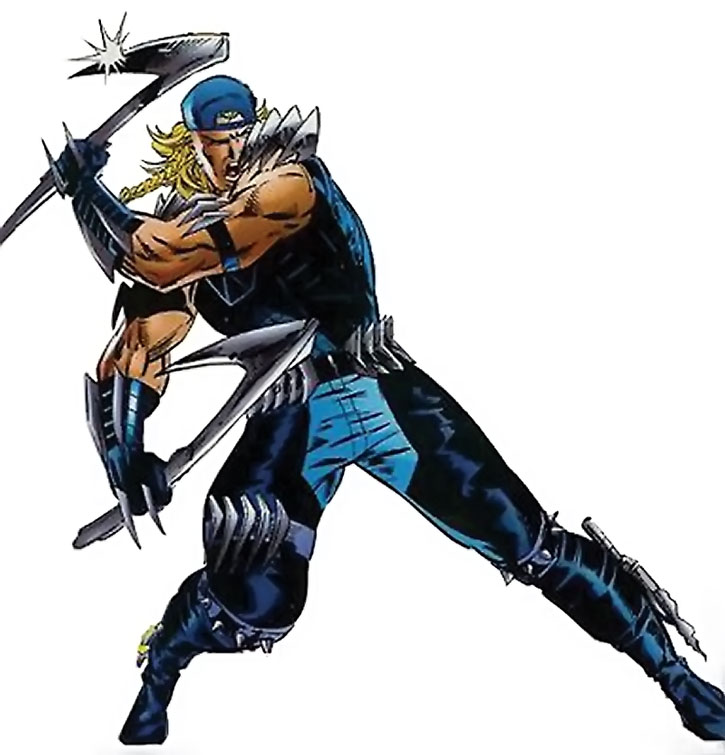 While X-Treme has in the past boasted about being stronger, faster, and more skilled than Shatterstar, the two in fact seem so evenly matched. It has not been unusual for the pair to engage in combat with no actual blows landing on either side.

Adam X is the genetically engineered son of Shi’ar Emperor D’ken and an Earth woman. The latter is presumably Catherine Summers, unless the Shi’ar made a habit of abducting humans). Therefore, X-Treme likely is the mysterious third Summers brother referred to by Mr. Sinister.

(That there existed a third Summers brothers — and thus a sibling to Cyclops and Havok — was one of the big X-Men familial mysteries during the 1990s. Vulcan’s existence was revealed years later.)

However he was stolen as an infant and raised by rebels opposed to D’ken’s rule. That lasted until the village he lived in was razed by the Imperial Guard led by his aunt Lilandra.

At some point he ended up on Earth although how this happened is unrevealed. Adam stated he simply “awoke” on Earth a few months before his first appearance. Since he is the son of Emperor D’Ken he is the rightful Emperor Shi’ar, so likely someone wanted him out of the way. 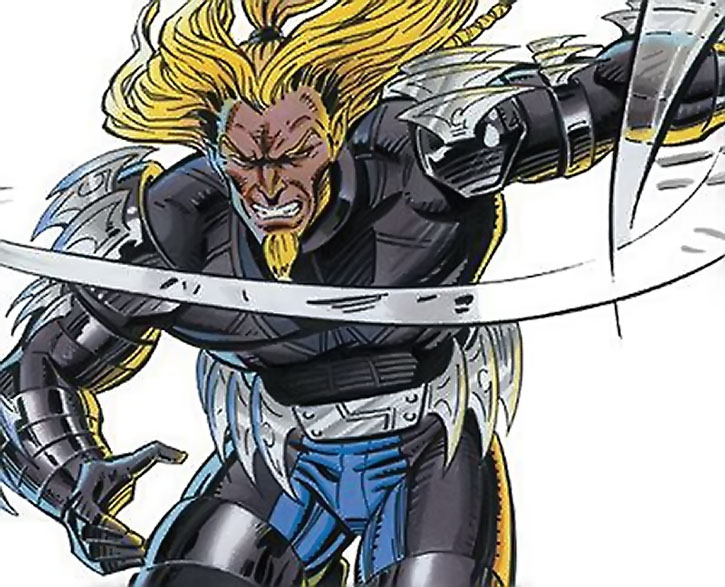 He eventually found himself recruited by Martin Henry Strong, a mutant dedicated to finding a cure for mutancy due to his own mutant deformity. X-Treme’s job was to hunt down and recruit test subjects for the program.

However when X-Force exposed Strong as an anti-mutant activist. Thus, Adam left his employ and helped them defeat Strong. Then he set out to discover the truth about his past.

Eventually he was captured by Arcade in Phoenix, Arizona, and forced to fight Shatterstar. Arcade forced them into fighting by threatening the life of Shatterstar’s wife Windsong. He and Shatterstar eventually exposed the ruse and Adam got the first clue about his past, a name : Milbury.

As he tried to track down this Milbury, X-Treme encountered Cyclop’s grandfather who he help rescue after his airplane crashed.

Later he teamed with Captain Marvel (Genis Vell) against Shi’ar agent Eric the Red where he finally learned the truth about his birth. He has given up his search for Milbury, which is a shame – Milbury is one of Mr. Sinister’s common aliases.

X-Treme is a young man with flowing blond hair tied up with several braids containing cutting blades, and a goatee. Shi’ar features including pointed ears and culturally significant tattoos around the eyes. His eyes are vivid blue-within blue, and they glow when his powers are in use.

X-Treme wears black, segmented Shi’ar designed combat armor covered with bladed weapons into battle, and presumably his weapons are of Shi’ar design, as well. His primary weapons are two spear-like objects much like a short harpoon or the Zulu spears of the 19th century.

His only Earth accoutrement is a black baseball cap with the “Circle-X” logo on the front, which he wears backwards.

At first glance X-Treme seems to be a clone of Shatterstar. Or any other weapon-wielding, ultra-violent super.

In fact, he is much more interesting. He fights, not because he loves it, not because he’s good at it (though he is), but because he must. He is a soldier in the truest sense of the word. He fights because he has to, for a place to belong, things to believe in, to stop the oppressors from preying on the weak.

X-Treme’s style of combat is also different from Shatterstar’s. X-Treme seems a more intelligent combatant, thinking and planning ahead in a way that his opposite does not or cannot. This ranges from setting up ambushes to striking from behind where necessary.

His speech is peppered with Shi’ar language and colloquialisms, like “Roosha !” for exclamations and “K’Yithri’s Bloody Claws !” for expletives.

X-Treme can be inserted anywhere you need a confused alien assassin with a mysterious past. Merely change which planet from which he originates. 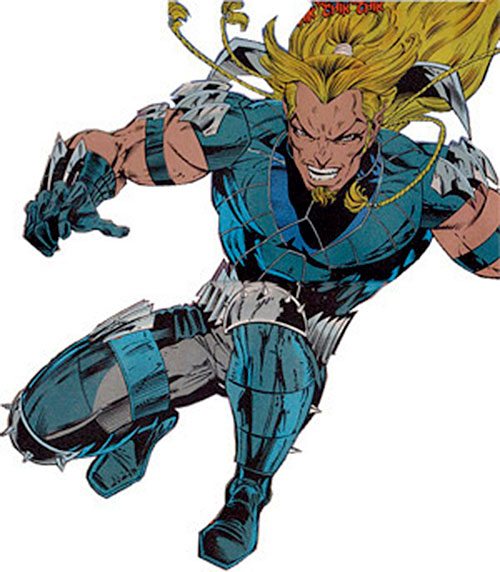 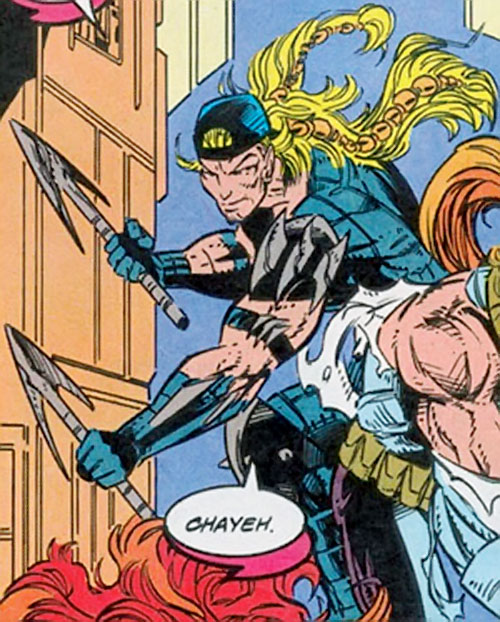 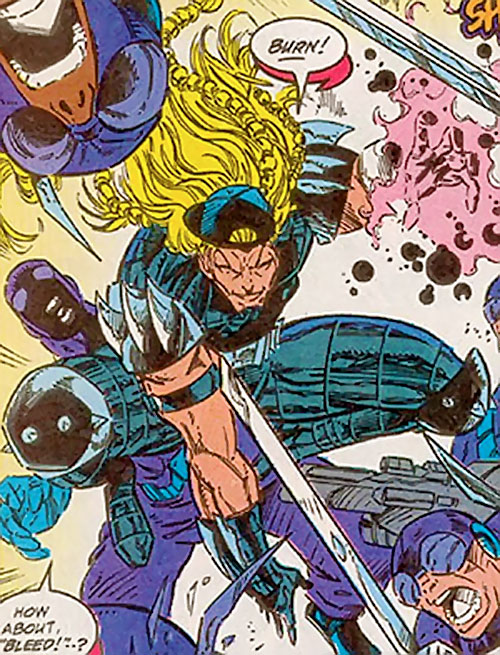 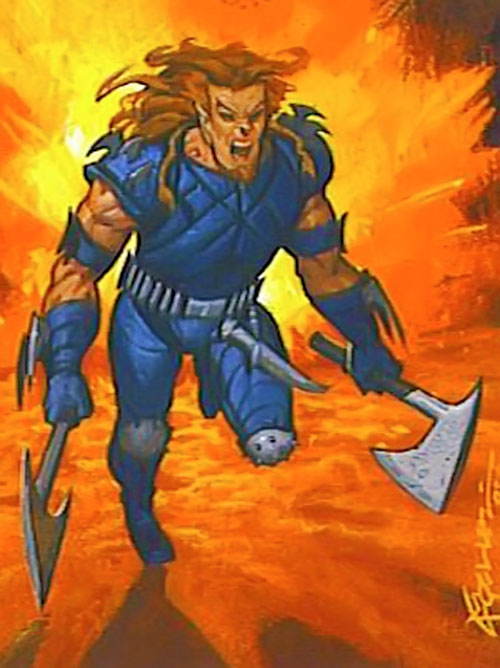