Why would somebody name a character “Xantia” then give them *blue* hair is beyond me. But with a better outfit, she’s a working base for some character development.

Xantia is a competent warrior and duellist. She has a strong killer instinct.

Xan fights with a sharp sword and high-calibre handgun.

The tribals  were slaughtered by HYDRA troops, who apparently wished to establish a base on their land.

Forced to flee, she somehow made her way to the outside world. Becoming an adventuress, she acquired the skills and knowledge she needed to take her revenge against HYDRA.

An opportunity came when she learned that the Warlord (Huang Zhu) was setting up a clandestine martial arts tournament in the Savage Land. He was the commander of the HYDRA unit that had massacred her tribe.

Infiltrating the competition, she met with another spy – the British super-soldier Dalton. He recruited her and a few others to attack the tournament from within when S.H.I.E.L.D. commando troops would storm the base.

During the operation, Xantia found the Warlord. The man attempted to challenge her to a sword duel. But she drew a gun and shot him dead, slaughtering him just like her people had been.

Now purposeless, Xantia joined the British team of Super-Soldiers Dalton belonged to for some months. The group was then primarily conducting missions for S.H.I.E.L.D..

After the team was privatised and sold to the Mercy corporation, Xantia was let go. It was arranged for her to join the crew of the Gladiators TV show broadcast on ITV . But after a conflict with Mercy the Super-Soldiers had her rejoin.

Xantia hasn’t been seen since.

When she has to be discreet, Xantia throws a trenchcoat and shades over her costume.

A tough and ruthless tribal warrior, with something of a noble savage archetype.

“Tell the Warlord that Xantia will retake her ancient homeland from him. Tell him I shall return to the Savage Land.”

“I will give you the same chances as he gave my people. Sword versus laser gun. None.”

Connections:
Super-Soldiers (High, but this Connection has since been lost). 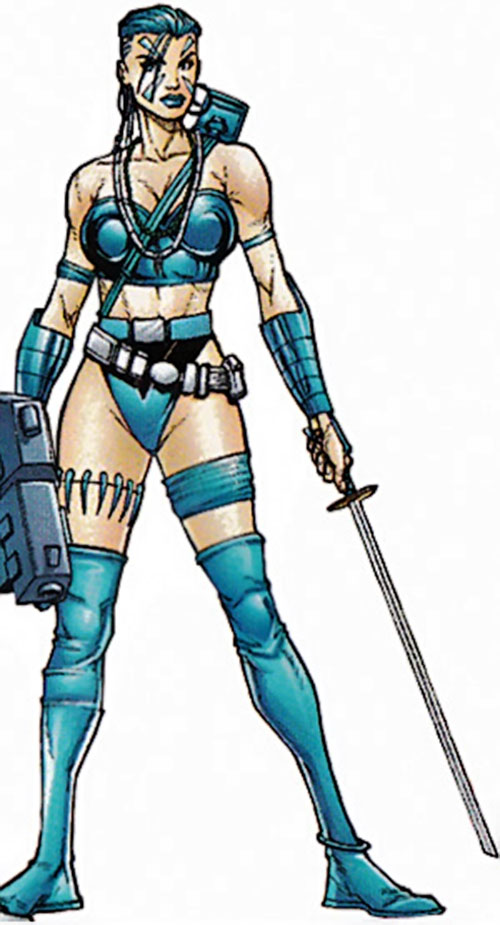 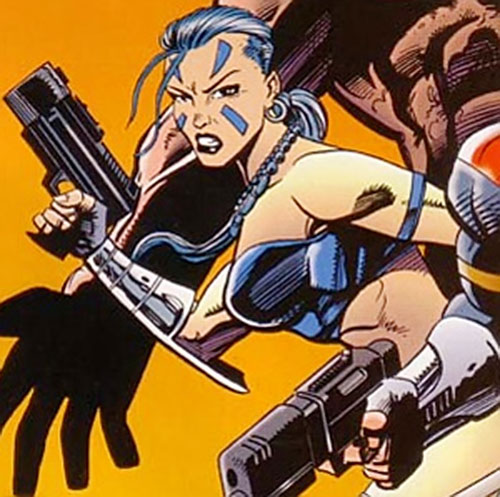 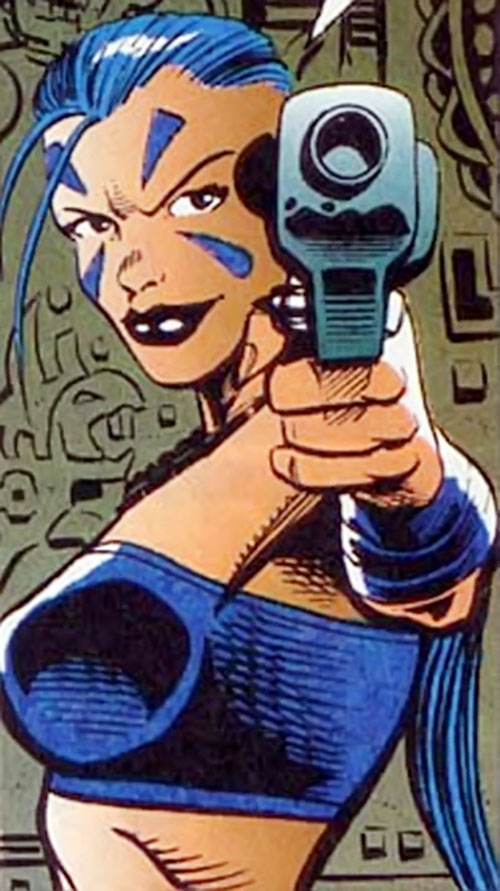