Xen Controllers are among the most intelligent denizens of the border realm of Xen. They act primarily as managers and field commanders of those enslaved by the Nihilanth.

Their preferred tactic is to swoop around as far from their opponents as possible and bombard them with their energy blasts. These are comprised of globes of an as-yet unidentified type of energy.

They often have alien grunts or vortigaunts around when encountered in Xen. Controllers will not hesitate to use them to weaken an enemy.

The Black Mesa complex is a private high-tech research installation with strong ties to the U.S. government. It is located somewhere in the American Southwest. An accident in the Anomalous Materials Lab caused a dimensional breach into the world known as Xen. 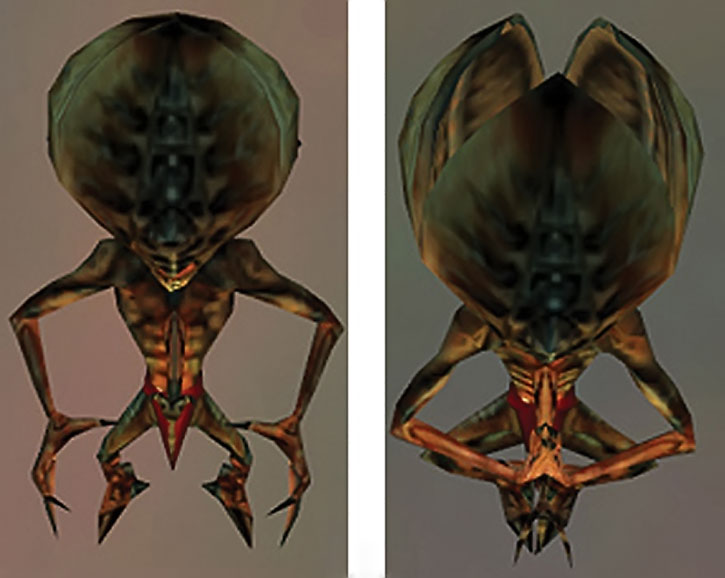 Handfuls of Xen Controllers were teleported to Black Mesa and around Xen itself by the Nihilanth. They were to prevent activation of dimensional teleport devices by Black Mesa’s scientists. For the most part though, the Controllers were encountered managing groups of grunts and vortigaunts in Nihilanth’s bases in Xen.

Whether the Controllers act as conduits for the Nihilanth’s psychic domination of the enslaved species in Xen or have their own more limited abilities in that regard is unknown.

Yellow-greenish humanoids with freakishly-large heads, underdeveloped bodies, and a vestigial third arm protruding from the center of their chests. They wear small triangular loincloths.

When firing their energy blasts the tops of their heads will often open like a flower, revealing a triangular prism inside.

Given the many physical characteristics they share with the Nihilanth, they may be less-developed specimens of the Nihilanth’s species. Or the Nihilanth may be a Xen Controller enhanced by some means.

Intelligent, but very hostile. They will almost always fight to the death.

Bonuses and Limitations:
Telepathy is Only Usable to communicate orders to enslaved vortigaunts and alien grunts (-2FC). 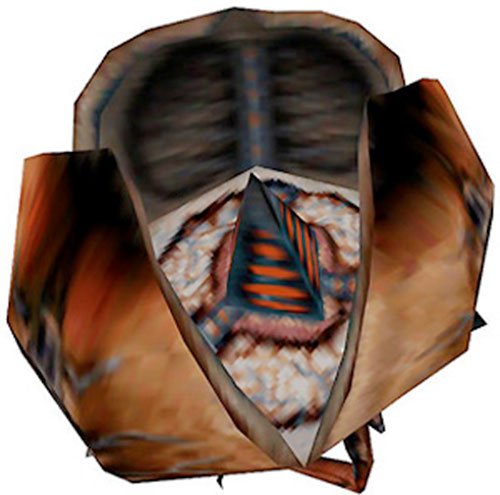