XIII is a series of Francophone graphic novels. It started in 1984 and ended in 2007.

It is one of the classic European movie-like thriller comics. XIII has had several English translations ; a good one was released recently in the UK by Cinebook.

XIII was strongly inspired by the Jason Bourne novels by Robert Ludlum. Back in 1984, these were downright obscure. But as time went by the XIII series developed its own mythology.

It also tended to be closer to narrative conventions for a pulp-ish mystery serial than an action movie.

It is impossible — even for himself — to identify what his training was and the full range of his skills. But he has an impressive track record that involves :

If he’s thrust into a dangerous situation, there’s an excellent chance that XIII has expert-level skills to deal with it.

XIII operates in a low-cinematicThe level of power and (un)realism found in a spectacular action movie. world, where people generally have realistic capabilities.

While he’s clearly at the upper end of this range for his genre, he’s no Superman. Special Forces veterans and the like are a match for him in terms of skills.

On the other hand he’s singularly lucky, talented and intuitive. In DC Heroes RPG terms, he has something like twice the Hero PointsDC Heroes RPG concept expressing narrative importance/immunity. of most everybody else.

His remarkable reflexes, both mental and physical, are also an important asset in his adventures. They greatly help explain his survival against unfavourable odds. Still, people can and do fail at critical tasks in XIII’s world… including XIII.

One of XIII’s most noteworthy asset is his grace under pressure. Even in particularly stressful circumstances he remains calm, resourceful and capable of brilliant initiatives.

He can even project an appearance of being relaxed when the situation is extremely tense and violent. This is his way to concentrate, and it works excellently for him.

XIII has demonstrated proficiency with such unlikely weapons as thrown fishing knives or improvised slings using an Army combat uniform belt. Our game stats assume that he would be efficient with practically any sort of weapon. 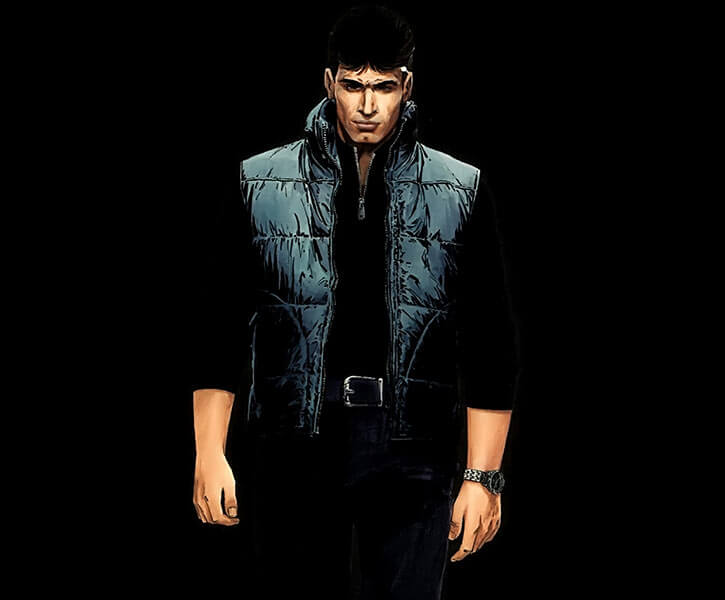 Day of the black sun

The XIII stories occurs on a low-key parallel Earth. That is, the recent history of this world is a bit different, but that is not important for the casual reader.

The story starts in 1983. Though the graphic novels were published over 20+ years, the XIII timeline seems to only have advanced to the late 1980s.

The main event in 1983 is the murder of the 42nd President of the United States. He was a highly charismatic and popular Democrat named William Sheridan.

A machination in Roman numbers

However it was the product of a much smaller and focused machination to take over the United States. In this respect it is reminiscent of the Butler Plot  of the 1930s, albeit competently executed and far more dangerous.

The world of XIII is still steeped in the era which, in the real world, stretches from the Watergate  to the late Reagan  years. It is thus dominated by complex Cold War plots, shadowy political and intelligence manipulations, and operators with unclear allegiances.

The war in Việt Nam is a recent memory. It seems to have lasted longer in this parallel history, ending as late as the early 1980s. The Việt Nam war lasting for several more years might be the reason why this continuity’s equivalent of Reagan, in terms of chronology and popularity both, was a liberal. 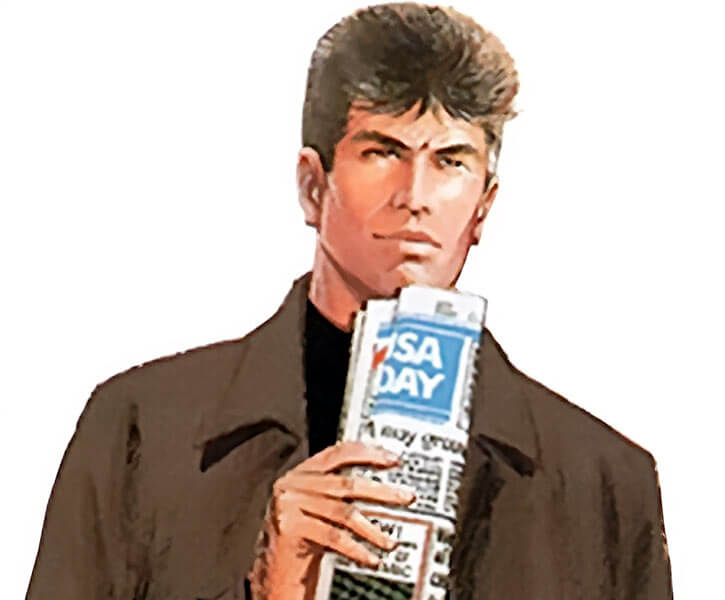 “XIII” was found washed ashore in Maine. His mind was a nearly blank slate. He could speak and understand English, identify objects and persons normally, conduct everyday activities and so on. But his higher memory was a void.

He had no idea whom he was, what his life had been and what he was doing there. A slim clue was a “XIII” tattoo on his shoulder.

The amnesiac had been shot in the head. However, a local retired doctor saved his life shortly after the mystery man was found.

XIII had no idea who had shot him, and why. But it seemed likely that it was the damage to the limbic system from the bullet that triggered the amnesia.

The amnesiac man investigated as “Alan Smith”. This was the name of the deceased son of the couple of retirees who had taken him in. They suggested that their guest use it to honour their dead.

Smith’s investigation led to the discovery of a plot to take over the United States.

The would-be junta operated within the highest circles of power. But as he uncovered it, XIII gained the support of several mavericks and patriots within the armed forces and intelligence services.

XIII’s main allies were General Carrington of the US Army — whose mysterious aide Lieutenant Jones became his lover and field partner — and the spymaster Colonel Amos. 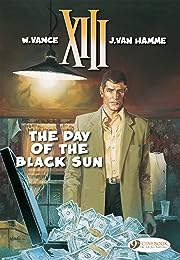 A quest for identity

XIII also investigated leads about his past. He even met people who said they recognised him.

These tangled and dangersome inquiries led to what seemed to be different men. All missing and/or reported dead, all credibly the same person as XIII.

How this all fit together remained frustratingly elusive.

XIII’s features have been surgically altered several times to resemble other men. But this has limits. In every case he was a handsome, athletic, tall, healthy Anglo male.

XIII is a calm, intelligent, competent man. He’s also a white hat. Any killing he does is strictly necessary, and senseless violence tends to enrage him.

He’s unusually urbane and charming. XIII also likes to deliver small quips in tense situations. They’re not meant to be ah-ah funny (which is good, since they’re not) but they help him concentrate.

He also tends to answer his foes with a wry smile and flippant humour when they seem to have the upper hand. For instance, when they have a gun pointed at him, or have him captured.

This tactic is intended to put them off-balance, and it often works. His smirking confidence while he should be deathly afraid for his life often drives his captors into committing mistakes.

XIII is quite intellectual and reserved. He tends to remain serious, rarely relaxes, and stays focused on solving the mysteries surrounding his life. He also possesses remarkable drive, and never gives up.

XIII tended to kid with Jones as if she were a young sister or friend. He also liked annoying her by pulling an exaggerated all-macho act.

But that was to help her pretend that they weren’t a genuine couple. He dropped those acts once Ms. Jones became more comfortable with them being an item.

XIII lives in the present and in action. He doesn’t have a past, and he has little on which he could base his preferences, a personality, idiosyncrasies, etc.. The only exceptions to this are :

XIII doesn’t drink nor smoke, and works out regularly.

“I presumably have parents somewhere, a wife and children waiting for me, friends worrying about me… and there’s nothing I can do ! Nothing !”

“Because we haven’t mentioned one detail, Sergeant Barnowski. In this country I’m wanted under a name that will sound familiar to you, Steve Rowland… for several counts of murder.”

“I don’t give a damn about the President, Jones ! If only one person gets out of here alive, it’ll be you.”

Jones: “Costa Verde ? What are you going to do in Costa Verde ?”
XIII: “I have no idea. But what I do know is that somebody is trying to prevent me from getting there.”

“There’s no drinkable water on the island. Our friends do not drink beer. The weather is very hot. Water, Jones – that’s their Achille’s heel.”

Agent Martin: “I could have killed you while you slept. A sharpened tree branch through your belly, intestinal occlusion, game over.”
XIII: “I am glad that you didn’t do that, Jessie. My belly button is my best feature.”

The man with a XIII tattooed on his shoulder

Real. The action in XIII is low cinematic at best.

No standard equipment, but XIII will usually be able to quickly arm himself – if only from his fallen foes.

As usual on writeups.org, the stats are done without considering the rather high-powered official stats for generic NPCs. Especially since the XIII setting is at best low-cinematic, and most people therein have mediocre stats.