In addition to the regular Skrull shapeshifting powers (which she never displays but are assumed to still be present) she has been given other powers by the Super-Skrull process. These emulated the abilities of:

She manifests a cloak of darkness similar to that used by Cloak. While she hasn’t swallowed anyone in it, she can entangle targets, and teleport them. 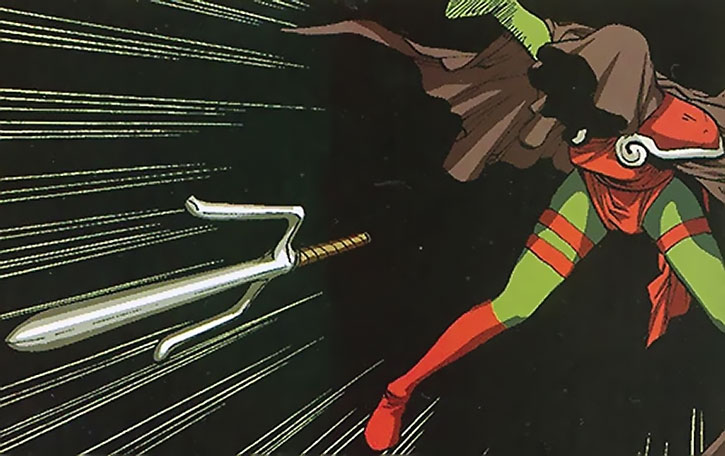 She can also levitate, and shoot blasts of dark energy. This is in addition to the light energy simulating Dagger’s powers.

She possesses heightened hearing, and a kind of sonar, based on Daredevil’s abilities. She also exhibits a martial style which is probably based on Daredevil and Elektra, and she uses sais and a billy club in combat.

X‘iv was trained in the Skrull military on Tarnax VII by Chrell, alongside Prince Xavin. She shared Chrell’s religious beliefs (or possibly was introduced to them by Chrell). Thus, she joined Empress Veranke’s crusade alongside him, undergoing the Super-Skrull process.

She was with the fleet when they invaded Earth. However, Chrell kept her in reserve – as his ace in the hole. When he learned Dorrek VIII (Hulkling) was on the planet, he dispatched X‘iv to kill him and any Skrull who saw him. The prophecies regarding him were considered dangerous by their faith.

She caught up to him in the New York sewers, where he was accompanied by Wiccan, Speed, and Xavin. However, the Earthlings managed to escape her. Catching up to them with Chrell alongside her, the fight escalated to involve the other Young Avengers and Runaways.

X‘iv managed to hold her own against most of them. That lasted until Dorrek claimed that God had spoken to him, saying he didn’t love X&lrquoiv. She was shaken by the statement. That allowed Dorrek to head-butt her, knocking her out.

Her fate following the invasion is unknown.

A religious fanatic, X’iv was convinced by Veranke’s prophecies that the Earth belongs to the Skrulls. She is willing to do whatever she’s told, secure in the knowledge that the command ultimately comes from her God. 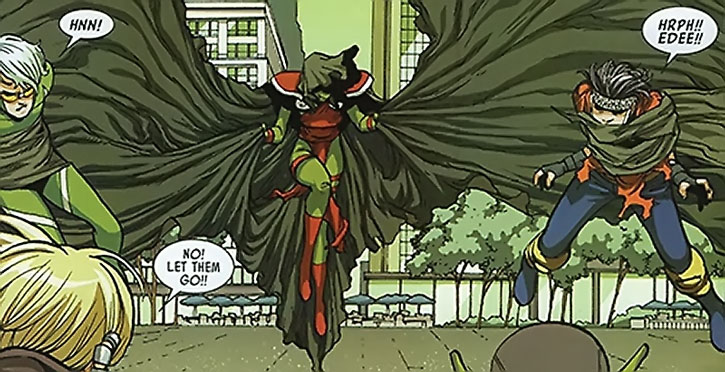 Her fanaticism leaves little else in her life to guide her. So when Hulkling (whose mythic status lent his words authority, even if she was trying to assassinate him) claimed their God spoke to him and that he didn’t love X’iv, she was too stunned to act.

“Your friends will not save you, Dorrek. Our powers dwarf theirs. All you have left to do is die.”

Bonuses and Limitations:
Snare has No Range (-1).

While she never actually displays Skrull shapeshifting abilities, other super-Skrulls still possess them. So this write-up assumes X’iv does too.

She exhibited the ability to see invisible characters, visually displayed as having the scene in red. My first thought was thermal vision. But since she displays heightened hearing similar to Daredevil, I’ve gone with Sonar. 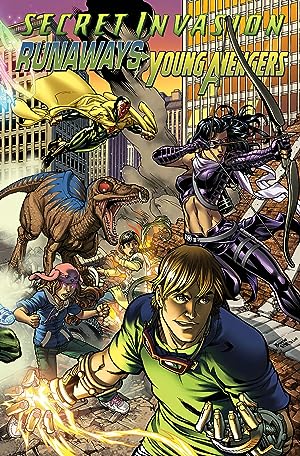 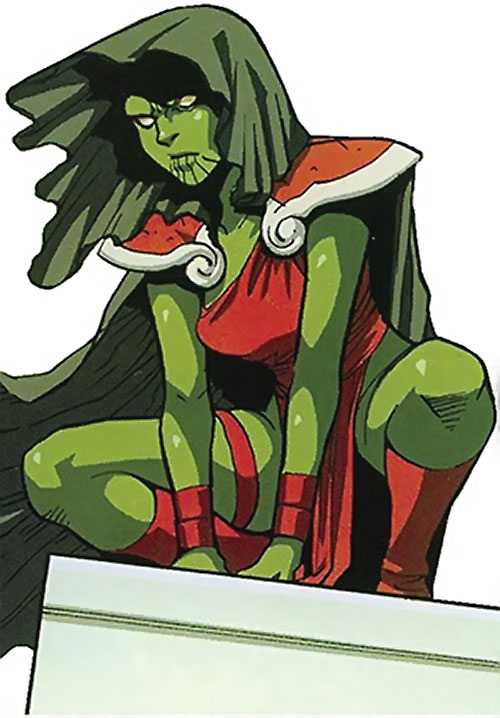