For more context, you can hit the Family (Endworld) organisation profile and the Blade (Endworld) character profile.

Yama is one of the deadliest fighters among the Warriors.

He doesn’t specialize in one weapon like they usually do, but instead is a master of all weapons. And he’s always carrying near-impossible amounts of them too! 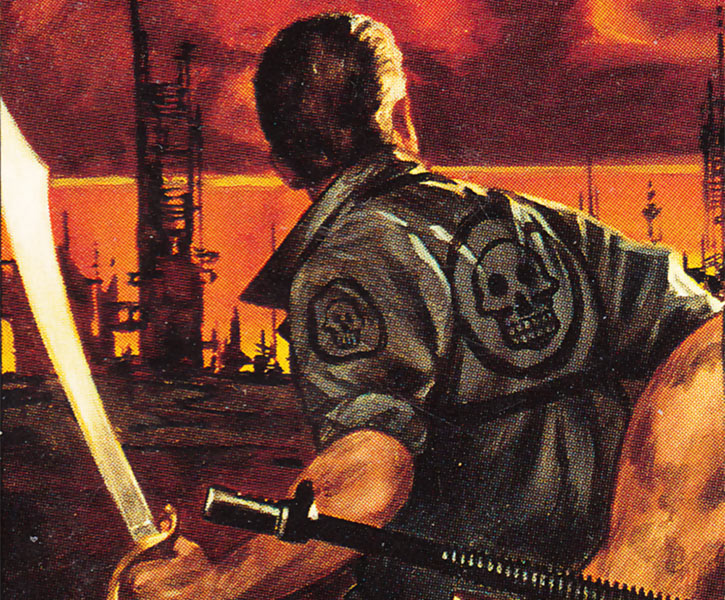 Yama is another member of the post-Apocalyptic group called the Family, in Minnesota. It has about 80 members, living in the former Lake Bronson National Park.

He’s a Warrior by trade and title.

Yama is a member of the second of five triads of Warriors, called Triad Beta. Its leader is Rikki-Tikki-Tavi, and the third man is one Teukros. As usually is the case within triads, these are his closest friends.

Like all members of the Family Yama chose his current name on his 16th birthday. Apparently, he was inspired and fascinated by the death god Yama (यम), who features in Hindu and Buddhist religions.

Yama has dedicated most of his life to becoming the perfect warrior. He eagerly awaits new adventures and experiences.

His short career has been a remarkable success.

On a reconnaissance trip to the Cheyenne Citadel, home and headquarters of the horrible Doctor, he managed to get into the heavily guarded fortified city. Yama even freed one of the Doctor’s mutant prisoners, Lynx.

The Doctor allied with Samuel II, leader of the dictatorial state called the Civilized Zone. They prepared an invasion on the Family and its allies. He had been building up a powerful army outside the Citadel.

But Lynx and Yama found a miniaturized nuclear device. Upon leaving Cheyenne they fired the device onto the Citadel, completely destroying it, along with the Doctor’s Biology Centre and the entire army in the area. Thousands died and the invasion had to be called off (Citadel Run). 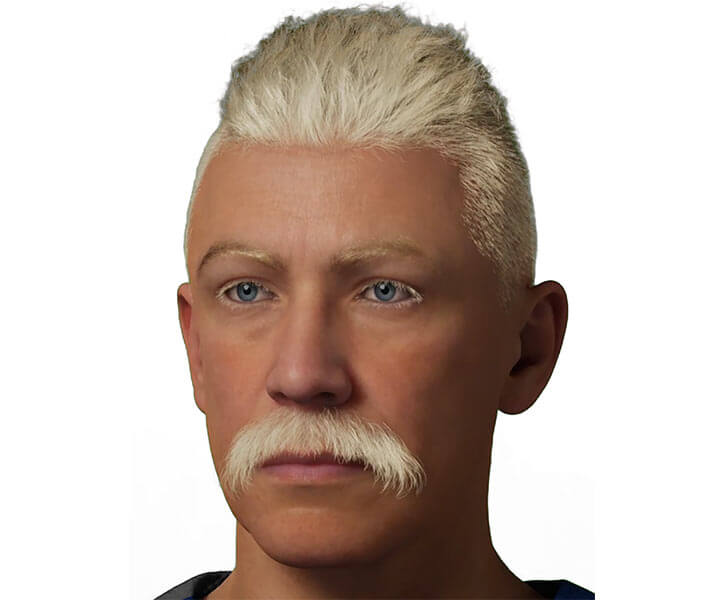 Later still, Blade, the leader of all Warriors, had to select a reserve leader for the Warriors. He had Hickok, Yama and Rikki accompany him to Seattle to check out an emergency signal sent from there.

West Seattle was controlled by the human-enslaving mutant called Manta. But Hickok alone managed to destroy Manta and his mutants, freeing all humans in the process.

Blade and Rikki were captured by the humans of East Seattle, calling themselves the Sharks. Yama escaped, but was nearly killed.

Having found new strength within himself he miraculously revived – stronger than ever. No longer did he fear death at all, making him a better fighter than he’d ever been.

Yama alone killed dozens of the Sharks in an attempt to free his friends. This inspired great fear in the Sharks who were completely unable to stop him.

But his friends had freed themselves, allied with the Sharks, and reached their destination as Yama did.

The four Warriors left Seattle with their mission accomplished. Hickok was selected the reserve leader of the Warriors (Seattle Run).

Yama continues as a Warrior of the highest class to this day, being one of the most powerful known fighters.

Yama is an impressively built, very big man, almost as big as Blade. He’s very muscular, with unusual silver-white hair and a hanging silver-white moustache. His eyes are steel-blue.

He always wears a woven full body suit in dark blue leaving only his hands and head exposed. As a “Hindu death god” he wears a black skull emblem on his back and his arms. On his feet he wears the typical leather sandals that Family members wear.

The man himself has an uncanny and fearsome aura around him, except when he wants to radiate friendship. He’s often tense and alert, giving a dangerous impression.

In combat he moves quicker than anyone can even see.

(The portraits are arbitrary, since there doesn’t seem to be official art. I may have gone a bit long on the 1980s “the love child of Chuck Norris and Hulk Hogan as featured in Mad Max 2 aspect, but I regret nothing – Ed.). 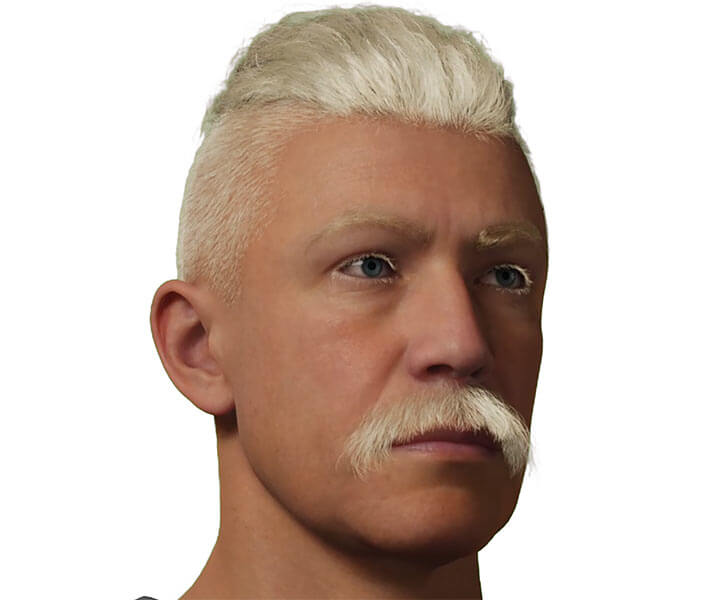 Yama is a dangerous man not only physically, but also mentally.

Having lost the love of his life, he sees his position as a Warrior as the meaning of his life.

He is cynical, paranoid and philosophical. His stoic ways often leave strangers puzzled as to whether he’s a good guy or bad.

Yama loves adventuring and appreciates every mission he’s sent on.

He’s also a perfectionist swearing over every failure, however small it may be. Which also means that he practices a lot.

With friends (particularly Rikki, Hickok and Blade) he’s polite, never lies and asks a lot (these also respect his abilities a lot). With enemies he’s cold, tricky, observant and intimidating.

Yama is a good team player although he seems to prefer to work alone, which he actually is very good at.

Since the incident in Seattle, he no longer fears death at all, and takes excessive risks. He charges on into the enemy and his skills make it possible for him to survive rather easily.

Since he gladly kills hundreds and apparently even thousands of enemies with no regrets, he terrifies his opponents.

He has accepted his life as a Warrior and only lives for that. His entire mindset seems to be in harmony and balance. So there’s seemingly nothing that could have a chance of shaking his psyche ever.

Yama’s only real drawback is his lack of experience, but he’s getting better and better.

Simply put, to his enemies this man seems to be death itself. Which is fitting for a man who named himself after a death god! 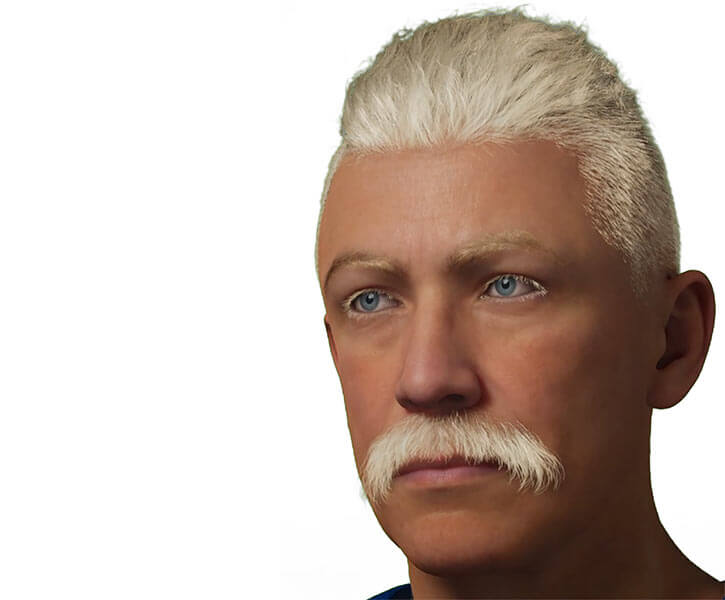 “Who the hell are you?”, the lieutenant asked, pointing a rifle at him.
“Death”, Yama answered calmly.