Ms. Readman is a secret field agent for the British Library . She is a “papermaster”, meaning that she can bend paper material to her will. She can make paper bulletproof or sharper than the sharpest sword. If she has enough paper, then she can construct a giant paper airplane that flies. The only limit to the effects she can create is her own imagination.

Her powers normally work by touch, though if bound she can make do with her mouth. Later one, she will become able to manipulate paper by pure mental control.

Yomiko’s code name for the British Library is “The Paper”. In English dubs of the animé, this is sometimes given as “Agent Paper” or “Miss Paper”. She is the 19th person to serve the Library in this capacity. Yomiko often embarks on dangerous missions assigned by her director, known only as “Mr. Joker”.

Because of her social awkwardness and occasional clumsiness, she would not seem to make a very good secret agent. In many cases, she allowed her emotions to get in the way of defeating an enemy.

However, if receiving the proper support (she is often paired with focused, effective agents like American mercenary Drake Anderson), she can actually be quite useful, with ninja-like reflexes and sharp wits in combat.

She is considered one of the Library’s top agents.

In the OVA , Yomiko goes into debt to buy a rare copy of a book called Die Unsterbliche Liebe (“Immortal Beloved”). The book is dusty and dirty, but has sheet music handwritten in its pages, in the margins and on the blank pages in the back and front.

Almost immediately she is attacked by a super-human-like clone of Jean-Henri Fabre . He tries to steal her book, but using her paper techniques she fights back and wins.

Various superpowered clones or I-Jin of famous historical figures try to steal her book throughout the OVA. They are trying to use the sheet music in the book to reconstruct Ludwig van Beethoven’s supposedly lost Death Symphony. This music causes anyone who hears it to commit suicide.

Eventually, Yomiko, with the assistance of her friends Nancy Makuhari and Drake Anderson, helps in destroying the leader of the plot, a clone of Zen poet Ikkyū Soujon . Yomiko loses her friend Nancy in the conflict. Heartbroken, she vows to take care of Nancy’s younger sister (actually her clone). The kid suffered brain damage during the events of the I-Jin incident.

At the beginning of R.O.D the TV series, Yomiko is missing in action, though she is referred to frequently from the first episode on.

Novelist Nenene Sumiregawa, a close friend of Yomiko’s (we see Nenene’s notes to Yomiko in the OVA), has been looking for Yomiko for five years. She is so distraught by her disappearance she has suffered a livelihood-crippling case of writer’s block.

Through Nenene’s search, she meets the “Paper Sisters”: Michelle Cheung, Maggie Mui, and Anita King. She is surprised at their Paper Mastery, though is disappointed to discover none of them have heard of Yomiko.

Nenene’s adventures with the Paper Sisters eventually leads them to find Yomiko hiding in a secret apartment in the National Diet Library  along with Nancy the Younger. Yomiko and Nancy join the group in unearthing the sinister plots being hatched by the British Library and Chinese secret society the Dokusensha.

Yomiko has been in hiding due to some rather drastic actions she took in order to protect Nancy from the British Library. In turn, the outing of these events inadvertently provide several revelations related to the past of young Papermaster Anita King.

Yomiko struggles through the series to rebuild her friendship with Nenene, continue to protect Nancy, and set things right with Anita. In between trying to save the world, of course.

Yomiko is a bookish nondescript Japanese woman. Although she appears to be Japanese she is actually half English as well.

She tends to dress conservatively and her body language is that of a shy very clumsy awkward bookworm. She also wears a pair of square glasses.

Yomiko is a bespectacled substitute teacher and an introvert. A bibliophile, she prefers to bury herself in her books. She spends almost all of her income on books, and she lives in an apartment that is entirely stacked floor to ceiling with books.

She resides somewhere in Jinbōchō . This is a neighborhood of Chiyoda, Tōkyō known for its insanely large amount of used bookstores.

Yomiko and the rest of the R.o.D cast could be inserted whole clothe. The British Library Special Operations Division might make for some interesting plot angles or conspiracy based plots. Further more she could help populate Japan.

Yomiko would best be used in low to medium powered campaigns of either detective or mystical themes.

Advantages:
Area Knowledge (Jinbocho, Tōkyō), Credentials (British Library Special Operations Division / medium), Languages (Japanese), Local Hero (Jinbōchō), Rich Friend (Rich Friend is special and can only be used when shopping for books in Jinbōchō to represent the huge discounts and preferential treatment she gets as being (far and away) the area’s best customer), Scholar (books). 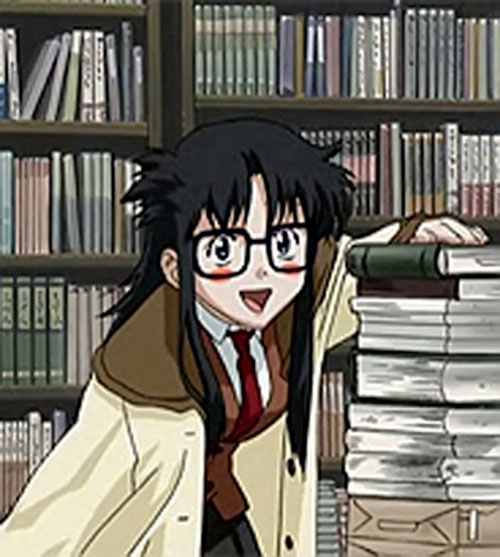 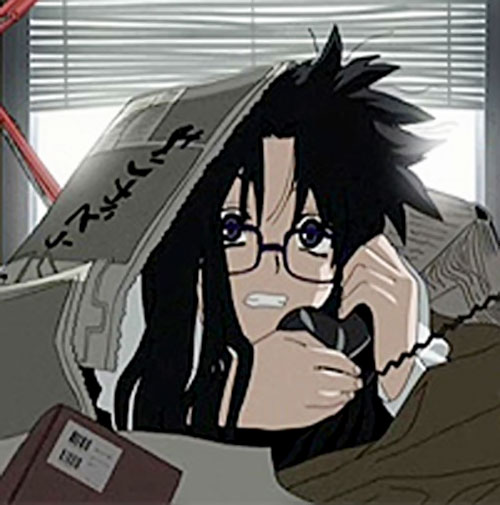 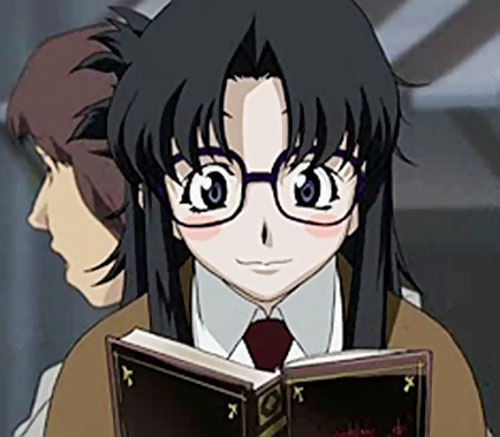 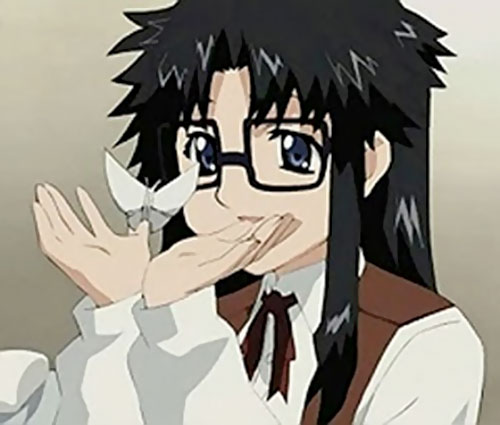 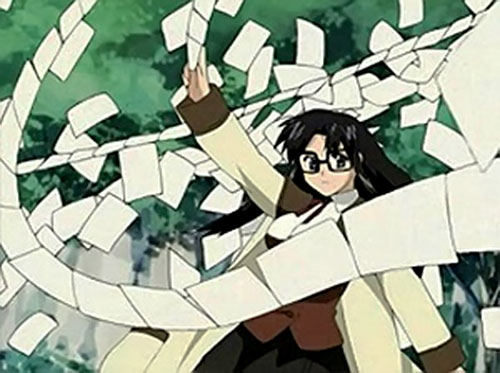