This team profile consolidates the group’s history into a single article. That avoids repetition of salient points across profiles. In other words, it’s best to read it first, before the individual profiles.

Purpose:
Stealth insertion and observation, protection of the world’s populace.

Modus Operandi:
As the covert operations group under the direct supervision of Batman, this team addresses threats and issues that he directly assigns to them. In general, these missions require a certain amount of stealth and low-key behaviour. Batman generally tries to choose missions that are well within the capabilities of the League’s “junior” members.

Extent of operations:
While the team is actually based out of the United States of America, the teams missions are not limited to areas within it. They have travelled as far as Santa Prisca in the Caribbean Sea.

Organizational structure:
Overseen by Batman, on behalf of the Justice League, with Aqualad as the team’s current field leader.

Shortly before a July 4th (presumably 2010’s), the senior members of the Justice League extended invitations to the youthful protégés of several of its active members. 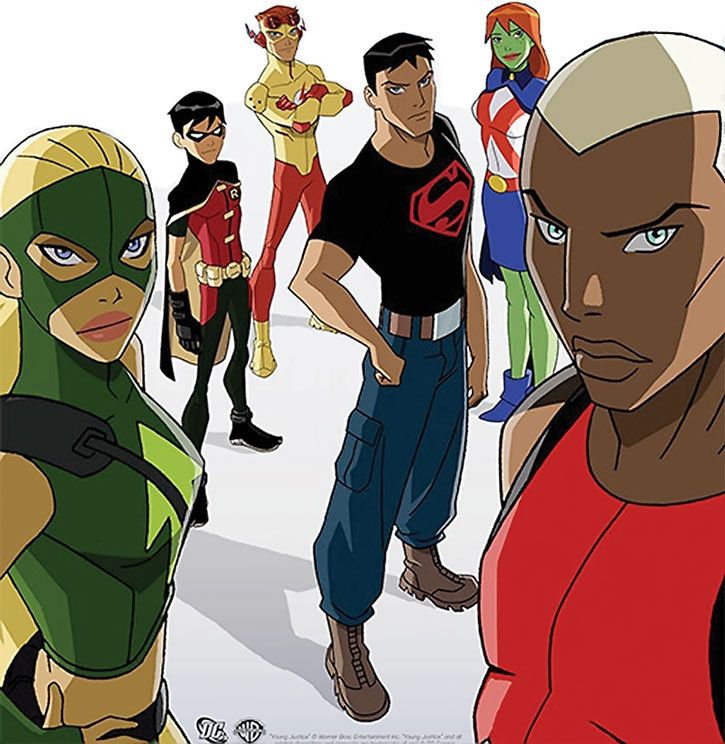 These were Aqualad (Aquaman’s protégé), Kid Flash (the super-fast nephew of the Flash), Robin (partner to the Dark Knight himself), and Speedy (Green Arrow’s fiery partner).

To no one’s surprise the four youths accepted the invitations. On July 4th, the eager quartet assembled (alongside their mentors) in front of the Hall of Justice, in Washington DC.

The youths started their tour with the League with a brief tour of the facilities, which they thought would be far more exciting. Instead, they were disappointed to learn that they wouldn’t be receiving full membership into the Justice League. With but a junior member status, they would only have a limited access to crises and the Leagues facilities.

Speedy stormed out upon realization that he was still being relegated to the minors. The remaining three youths had faith in their mentors and hesitantly accepted their decision. At that moment, the League received two separate and distinct alerts to potential danger. One was from Superman and one from Zatara.

Batman and the others heeded Zatara’s call for aid. This left no hero to respond to an explosion and fire that had broken out in the facilities owned by Project Cadmus. Even as they left, the Leaguers told their protégés to stay put and await their return.

Aqualad seemed prepared to comply with the Leaguers’ decision. But Robin and Kid Flash convinced him into joining them in investigating the blaze at Project Cadmus. Despite his own misgivings at disobeying his liege, Aqualad couldn’t resist the opportunity to prove his relative worth to the other adult Leaguers.

The trio rushed to Project Cadmus, and after saving a handful of lives entered the facilities without permission.

While the trio searched the offices, Aqualad felt himself drawn to a strange, almost demonic looking, figure. It stood patiently within a darkened elevator. He attempted to speak to the figure, but the elevator doors shut. After Aqualad wrenched the doors open, the trio realized that the shaft went deep underground. Now, they were too curious to turn back. 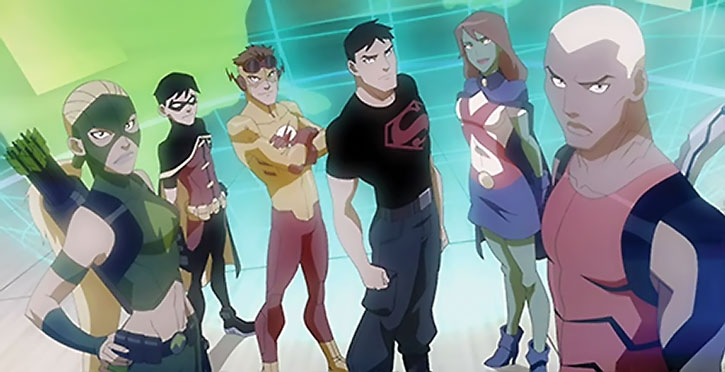 The heroic youths stole into the underground facility. As they explored the facility they were confronted with all manner of security forces and strange alien creatures (including the hero known as the Guardian). Before long, they found themselves fighting for their own survival and eventually stumbled onto a secure chamber marked “Project Kr”.

With no better option, the three forced their way into the chamber. They locked the massive vault-like door behind them in order to gain a brief respite from the action that followed them.

Upon entry to the chamber, the three discovered that Project Kr was an experiment to create a viable clone of Superman. The three heroes debated their next move, then decided to free the clone.

Unfortunately for them, the “Superboy” was not overly grateful. Thus, he initiated a brief skirmish with the junior Leaguers. The battle was brief and fierce and ended with the three heroes captured and unconscious.

The three awoke in yet another chamber within the mammoth facility. They were in danger of being cloned and killed, until Aqualad persuaded Superboy to free them and help them to escape.

The quartet of teen heroes stormed through the facility. But they were eventually brought low by the many telepathic genomorphs who inhabited it. It was only the timely intervention of Dubbilex, the enigmatic figure from the elevator early in the night, that saved them from disaster.

Dubbilex had set up the entire situation from the very beginning. From setting the fire to luring the young leaguers deeper into the facility all in the hopes of drawing the attention of the League itself and granting his people their freedom. With a single telepathic command, Dubbilex freed the young heroes and bade them to escape. 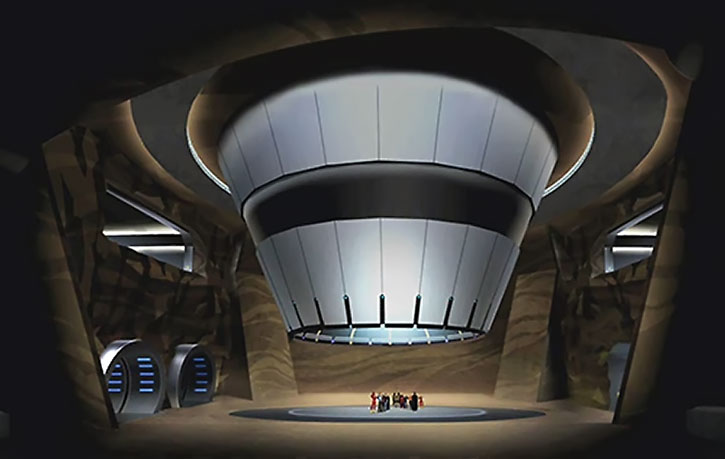 Before the friends could set off once more, they were interrupted a final time by Desmond, a Cadmus researcher. He had consumed a genetic cocktail that transformed him into the incredibly powerful monster Blockbuster.

When their raw strength proved insufficient to defeat the brute, the four combined their skills and powers in order to destroy the structural support of the building itself, collapsing the upper levels upon themselves and Desmond alike.

Shortly after the collapse of the facility, the rest of the League arrived to survey the situation. Batman, Aquaman and the Flash chastised the four and forbade them repeating the night’s events.

The four young men surprised them when they calmly responded that they would continue to fight together with or without the League’s blessing. Superboy put the exclamation on their statement when he boldly asserted that the adult league had the choice to, “Get on board or get out of the way.”

Four days later, the teen heroes were taken to the location of their new headquarters. It was within Mount Justice in Happy Harbour, Rhode Island. The League had decided that the four were capable of doing good work together and deserved a chance to prove it. Furthermore, Batman realized that he could kill two birds with one stone. 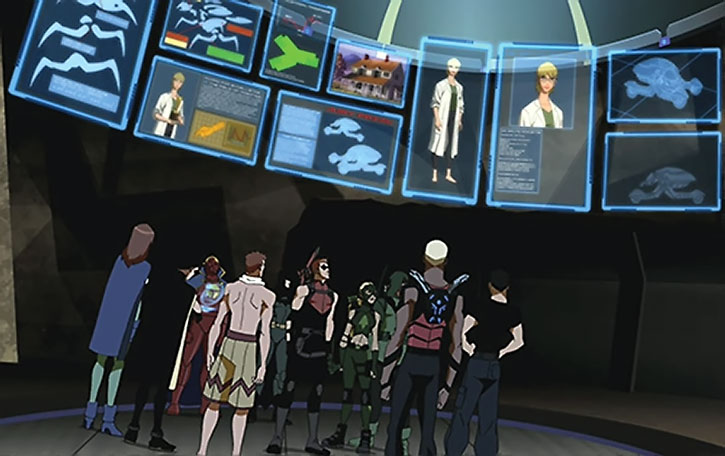 He needed a way to reign in the young heroes, but he also needed a team that could do things and go places that the much more famous members of the Justice League simply couldn’t. He needed a covert team. Fortunately for him, he just gotten some eager young volunteers.

As the four youths celebrated their new status, headquarters and roles they received a final surprise. They were joined by another team member. It was the niece of the Martian Manhunter, codenamed Miss Martian. With that, the five young heroes were ready to fight the good fight, and to prove to their mentors that heroism could not be defined by age.

Thrilled by their new status as covert operatives, Aqualad, Kid Flash and Robin made another attempt at recruiting Speedy. They travelled to Star City and found him engaged in a fierce battle with a villain named Brick.

While the trio of Leaguers told the archer how the situation had changed and why he should join them, Speedy defeated Brick. He then rejected their offer and berated his friends for allowing their mentors to keep them occupied and in their place.

With that he disappeared into the night, leaving the former sidekicks disappointed and apprehensive.

The following day, the group intercepts a report of a strange disturbance in the heart of Happy Harbour. After getting the go ahead from the Red Tornado, they fly to the area of the disturbance in plain clothes. They find it under assault from villain Mr. Twister.

Twister has similar powers to those possessed by Red Tornado. Due to his android nature and Speedy’s words the night before the team mistakenly assumes it is a test set up by the League itself. They are quickly disabused of that notion as Twister attacks them without restraint or mercy.

The group defeats Twister at the last minute, using a plan devised by Miss Martian.

July 22nd marks the date of the team’s first official mission. Batman tasks the team with covertly discovering the cause of a world wide Venom shortage.

Venom is a dangerously addictive drug. It gives its users extraordinary physical strength. Venom is manufactured exclusively out of the island Santa Prisca by a criminal organization headed by the villain Bane. 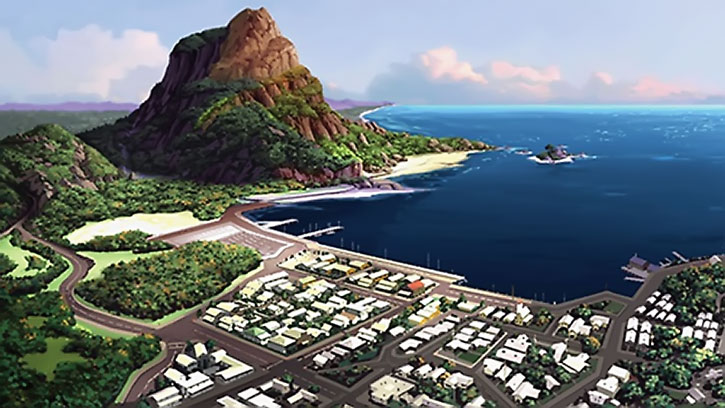 The team infiltrates Santa Prisca, but can’t agree on whom should lead. The friction about leadership leads to the team being exposed, and nearly sinks the mission.

Robin recognizes that Aqualad is best-suited for the role, and gets Kid Flash to grudgingly agree. The team now being focused, they prove to great for Bane’s forces, even with reinforcements from the Kobra organisation. The team even survives a clash with Sportsmaster, who had come to retrieve a new synthesis of the Venom formula and the formula that created Blockbuster at Project Cadmus.

After returning stateside, the team is congratulated by Batman for their results and choice of leader.

The team is called in to provide a covert security detail for the disposal of the inert android Amazo. They split into two units: one led by Aqualad, one led by Robin.

The dismantled android is placed on two separate trucks, taking two separate routes to a secure disposal location. When the trucks are attacked by Professor Ivo’s monkey like androids, Superboy’s festering anger over his lack of a relationship with Superman explodes. As a result, he abandons his teammates to pursue the retreating androids.

Superboy ends up at the mercy of Ivo and his amazing android. It takes direct help from Robin, Kid Flash and a mysterious archer to save his life. Superboy then comes up with an impromptu plan to land the decisive blow on Amazo. The android is rendered inert once more.

Dr. Serling Roquette is rescued from the League of Shadows by Red Arrow (formerly known as Speedy). The team is then brought in to prevent her from falling back into their clutches. To their surprise, Batman assigns the team a new member. It is a young heroine going by the name of Artemis.

Her introduction is shaky and results in immediate friction with the rest of the team. But Artemis proves her value by helping to protect the good doctor. The team soon accepts her.

In theory, the team has access to all Justice League equipment. That includes a lot of specialised gear to cover a wide range of missions.. 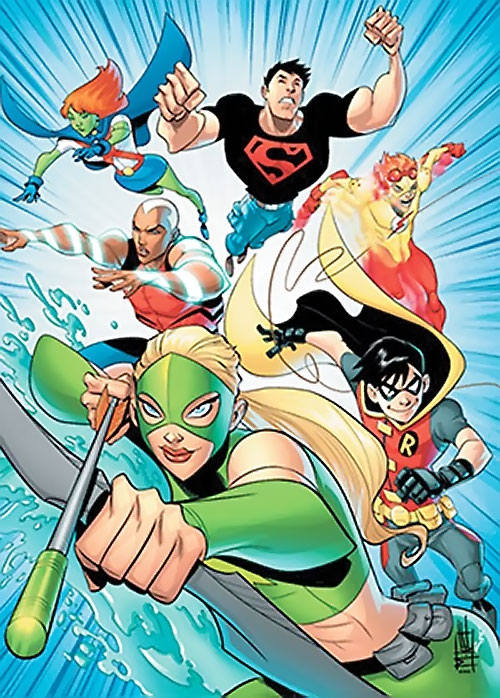 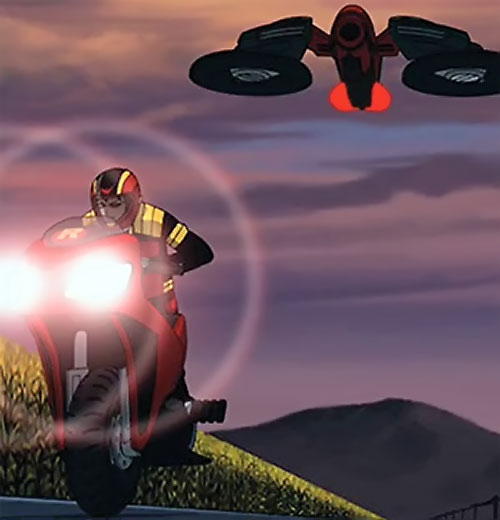 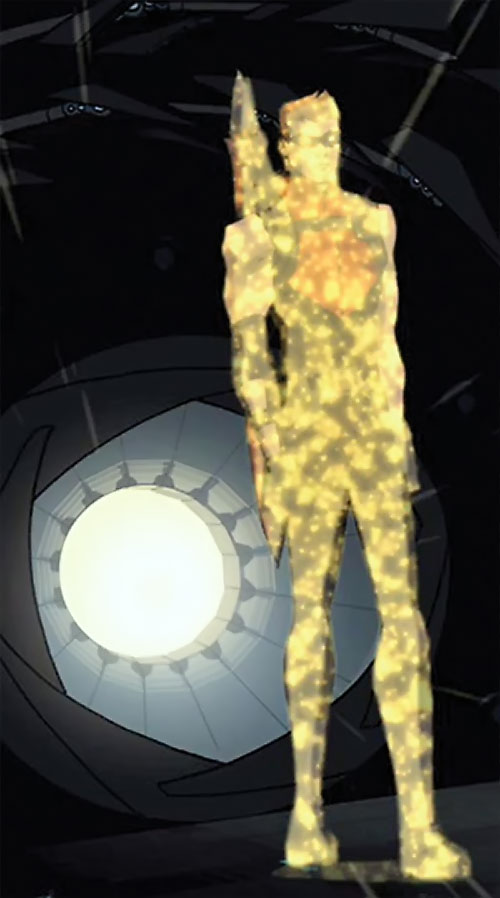