A well-educated, strong-willed youth with a measure of authority despite being about 17.

She’s been taught to drive and shoot.

The daughter of an oyabun, Yukio was raised with little contact with the activities of the Washimine Yakuza. Another precaution Mr. Washimine took was to have his daughter chaperoned by a retired enforcer, the swordsman Ginji.

However, when she was about 17, her father and his staff were terminated by the Hotel Moscow mob. Thus, Yukio had to take over.

The Washimine mob was completely outmuscled by Hotel Moscow. Yukio and Ginji left for Hotel Moscow’s headquarters in Roanapura, Thailand.

There it became obvious that fighting to avenge the Washimine would just condemn Ginji and Yukio to a life of murder and violence until they were killed by their enemies. Ginji was killed when he threw a fight against Revy, and Yukio used his sword to commit sepuku.

Yukio Washimine chiefly wanted to be a student of philosophy and literature. She was somewhat in denial that her future was that of a yakuza boss.

Once she was forced to take the position she performed remarkably well for such a young person, but that wasn’t what she wanted her life to be – leaving her with but one honourable way out.

“I’m scared I might be sucked into the darkness.”

“I had no choice but to come here ! If I don’t believe that I chose this, I have no resolve.”

“If someone’s life, honor… if their future is counting on me, what can I do but fight for them ?”

She could easily be used to populate Tōkyō. Given her age a clash with the Teen Titans or such other young superheroes seems imminent.

She could easily be someone that Jubilee or any of the younger X children could have met while in Japan only to return as a villain.

It might be best to make her a faction of the Hand in order to better work her into continuity. Befriending and receiving training from Wolverine seems likely as well.

Assume that she’s also got a few dozen Yakuza thugs at her beck and call as well.

If you want her to beef them up than be my guest, but the events in Black Lagoon make it pretty clear that they were no more than thugs and the military commandos of Hotel Moscow would have slaughtered them had she not made them disperse before taking appropriate countermeasures against Hotel Moscow. 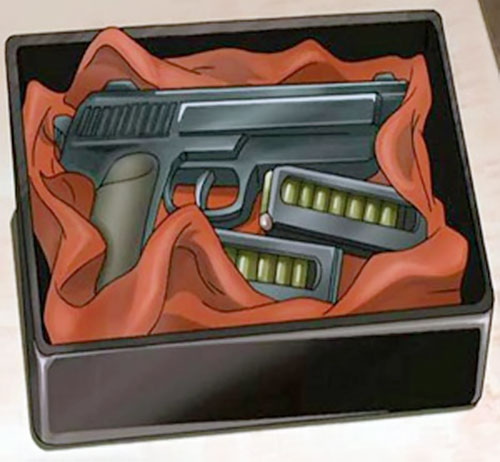 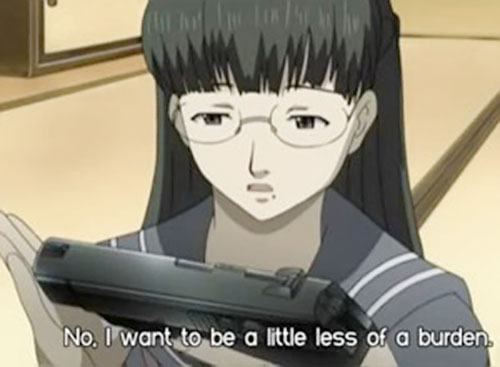 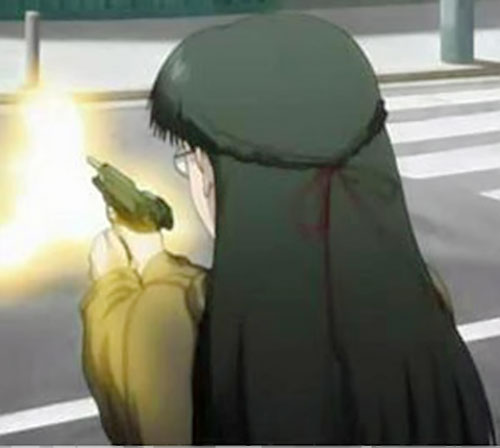 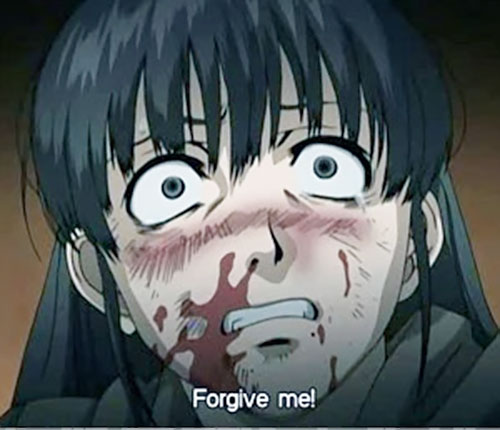