Zabo is a minor character, who chiefly appeared during the brief, 1972 run of Marvel’s The Cat.

Most would find him completely negligible. But we entertain a jarring, unhealthy fixation about both giant henchmen characters and the Cat (Greer Nelson).

So here we go, in a canary yellow Speedo.

Zabo’s exact nature is unclear. But he was a giant, and may never have been human. It is possible that he was a mutant.

At any rate, he was as strong and durable as his size suggested.

After the Cat seemingly killed him, he became even stronger than before. When braced, he could take a charge from Spider-Man (Peter Parker) without budging. 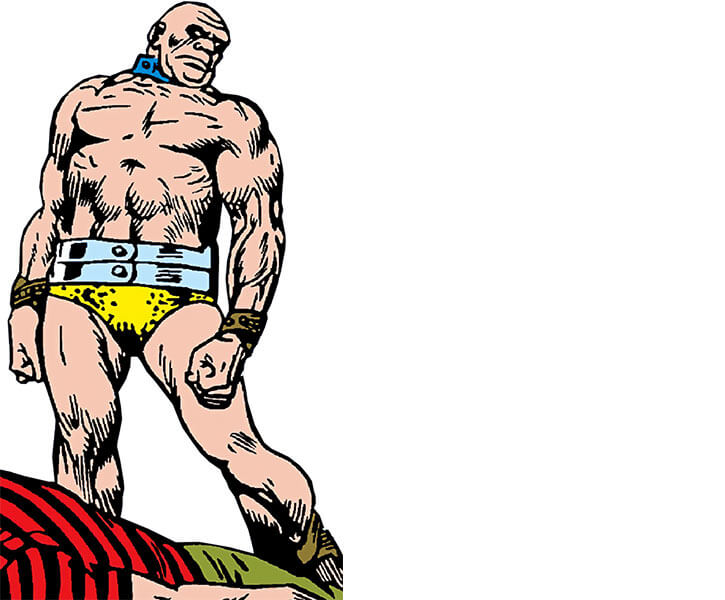 Zabo first ran into the Cat after the evil Mal Donalbain nearly killed Dr. Tumolo, the scientist who had given the Cat her powers.

At that point, he appeared to just be the silent, gigantic bodyguard of Donalbain. And it was assumed the collar he wore was one of Donalbain’s mind control collars.

During the fight, Zabo charged the Cat, who sent him flying with a judo throw. Zabo crashed into the Tumolo-derived machines the Cat had been sabotaging. He then disappeared into the flames.

Ah will be bahk

For years, Zabo was believed dead.

Yet, against all odds, he came back. Not only was he still alive, but he was considerably stronger. Probably due to exposure to the burning machines’ content.

The accident had left him an amnesiac. But he eventually read an article about how Tigra had been the Cat, which restored his memory.

Hunting down Tigra, he savagely tried to kill her. He told her how Mal Donalbain’s will was guiding him from beyond the grave. 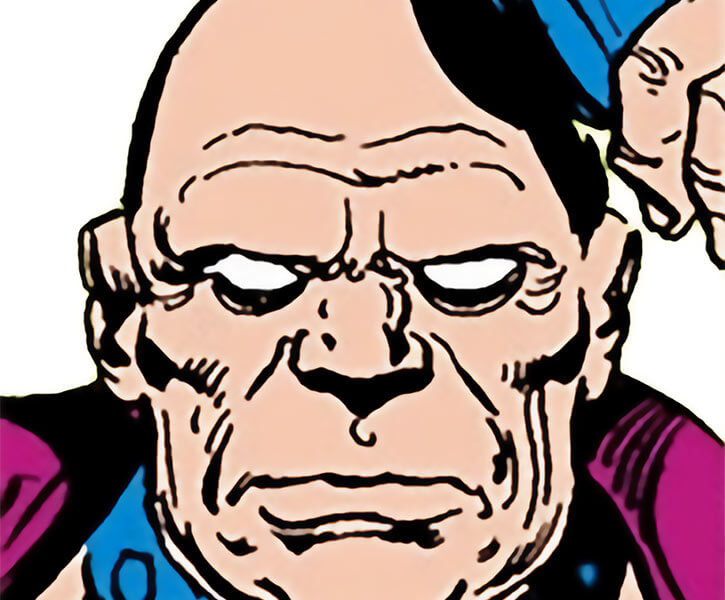 Spider-Man intervened in the brawl, with little success. Meanwhile, Tigra kept talking to Zabo to pacify him.

Eventually, Zabo admitted that Donalbain’s post-mortem guidance was a metaphor. He simply wanted vengeance since his brother, Donalbain, was the only man who had ever treated him nicely.

Tigra made it clear that Donalbain had taken his own life, and that the Cat had never killed anyone.

Zabo therefore dropped the fight and ran from the police.

Zabo may still be at large. So be careful out there.

Zabo kept what seemed to be an obedience collar even after Donalbain’s death. Maybe he considers it’s part of his costume.

At first Zabo was completely silent and seemed mind-controlled.

After he came back he wasn’t an intellectual powerhouse either, but had basic reasoning skills and sensitivity. And he could at least talk and read.

Zabo – after the accident

Zabo – before the accident

Zabo (before the accident) — Averaged PL 6.6

Source of Character: The Cat #1 and an old Marvel Team-Up book.

Helper(s): Nick Yankovec and his five Geek Freak points ; Darci (for checking with Marvel that Zabo is Donalbain’s literal and not figurative brother, since it seemed weird).