Having reputedly progressed beyond the original Zaran’s level, the new Weapon Master is a world-class martial artist with an emphasis on armed combat. He uses a wide arsenal of ancient weapons, usually of Asian origin. A powerful fighter, he has defeated Moon Knight – though he cannot prevail against the Master of Kung Fu.

Zaran frequently dual-wields weapons, generally a pair of knives or two sickle-swords. This has no in-game effect for him — he’s just as efficient with one weapon as with two. He fights in a pragmatic, intelligent way.

Originally he kept signature weapons used by his previous master (the numerous knives and the ranseur-blowgun). But he later started sporting more exotic weapons. Feel free to throw in a favourite yet improbable Chinese martial arts weapon (such as a throwing iron duck) if you want. He’s the perfect man for this !

Zaran prides himself on his ability to always find his target (in DC Heroes RPG terms, Detective Skill and Connections).

Zhou Man She is a mercenary killer. He has run a governmental death squad somewhere in Africa, and is a former pupil of Maximilian Zaran, the Weapon Master.

Zhou Man She came to believe that he had surpassed his mentor. Apparently, he defeated him in combat. He left, proclaimed himself to be the new Zaran, and adopted the costume and weapons of his former mentor.

His first known contract was with a group of dacoits still serving the then-deceased Fu Manchu. These men were allied with Shadow-Hand, the former keeper of genetic experiments for Fu Manchu. At this point, they were on the trail of a reliquary holding lost secrets of Fu Manchu.

Zaran II located and took the reliquary before it could be secured by “Black” Jack Tarr and Clive Reston. The two agents needed it to cure the poison in the veins of their friend Shang Chi.

However, the former MI-6 men tracked down the reliquary, and Shang Chi soon met the new Zaran in combat. While the Master of Kung-Fu was diminished by the venom, he was still better than his opponent. Yet, the fight remained inconclusive as Shang Chi had to escape.

Zaran, Shadow-Hand and the dacoits reached a secret island to implement the next stage of the plan. Now thinking that Shadow-Hand was a competent mastermind, Zhou Man She decided to throw his lot with him rather than with his dacoit employers. Furious, the dacoit leader tried to kill Shadow-Hand. He was slain by Zaran before he could.

When Shang-Chi came to the island, Zaran ambushed him — plus a yeti whom the Master of Kung-Fu had befriended — but was defeated. Whilst Zou Man She was unconscious, Shang Chi defeated Shadow-Hand and became Fu Manchu’s successor for a short time.

Return of the Devil Doctor

Fu Manchu eventually returned to the world of the living, as is his wont. He reclaimed his position. Zhou Man She petitioned to become a servant of the Devil Doctor. As an exam was sent to steal the Z99 chemical weapon from AIM.

Zaran stormed the AIM fortress, slaughtered the heavily armed agents there and took the weapon. Fu Manchu accepted him as a servant, and promised him a kingdom to rule once they were successful.

The mastermind sent Zaran to kill Shang Chi, who was staying with friends in New York City. Zaran killed off Shang Chi’s friends and two intervening cops. He refused to heed Shang Chi’s warnings that Fu Manchu’s promises were a lie. The Master of Kung Fu eventually took out the Weapon Master with his own weighted fighting chain.

As expected, Fu Manchu sent another killer to kill Zaran for his failure. But Zhou Man She defeated this assassin – Zingh, a superhumanly strong and tough henchman. As a result, Fu Manchu gave Zaran a second chance to kill his son Shang Chi. Since Zaran’s target was staying with other heroes (the “Marvel knights”), he received the backing of a large group of dacoits.

Vengeance of the Devil Doctor

During the assault, the Weapon Master fought the Moon Knight on a roughly equal level. But he surprised the white-clad hero and seriously wounded him with a sudden volley of throwing knives. Daredevil and Shang Chi reacted by teaming up and thrashing Zaran.

Meanwhile, the dacoits executed on their real plan. They planted then detonated a large quantities of explosive to blow everything up, including the defeated Zhou Man She.

However, Zaran had made woken up. He used two of his knives and a chain to hitch a last-second ride on the heroes’s aircraft as they evacuated. The Weapon Master dropped onto a nearby building’s roof then disappeared.

Zhou Man She has not been seen since. But the original Zaran (Maximilian Zaran) is still active as the Weapons Master.

Zhou Man She’s size varies a great deal in the art. The listed height and weight are based on his original appearances.

His costume was originally a replica of the original Zaran’s, with one exception. The queue of red hair at the back of the mask was a tassel and not his actual hair. But he later personalised it a bit.

A die-hard mercenary looking for any opportunity to increase his wealth and influence.

Zhou Man She normally kills those opposing him. He enjoys shedding blood, and loves missions that involve facing guards (who do not have a chance against him) and/or civilians. He will go that extra mile to kill potential witnesses. The man has more pride than he has honour.

Rep and proving himself are very important to Zhou Man She. Calling himself “Zaran” means that he has to break free from the shadow of his former master. He will always be interested in high-profile missions and employers, no matter what the risks.

He treats the name “Zaran” more like some sort of title than Maximilian Zaran’s name.

“Were I not better than him, then you would be facing the same Zaran… whom I left, having learned all he could teach.”

“You thought me unarmed. The master should have told you… that any object is deadly in the hands of Zaran. Now come and die.”

“Now you join the dead who have met Zaran in combat.”

Zaran tends to pace his use of HPs – he trusts his high AV from his Weaponry Skill, and keeps his points for occasional EV boosts and for LDD. 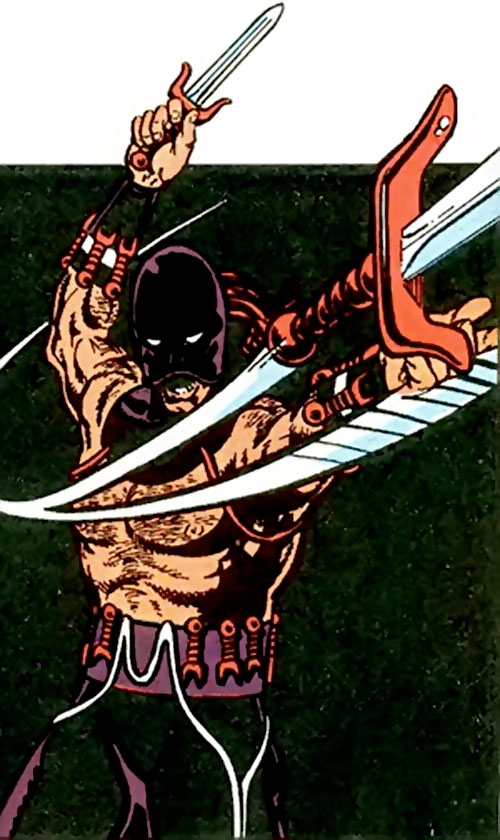 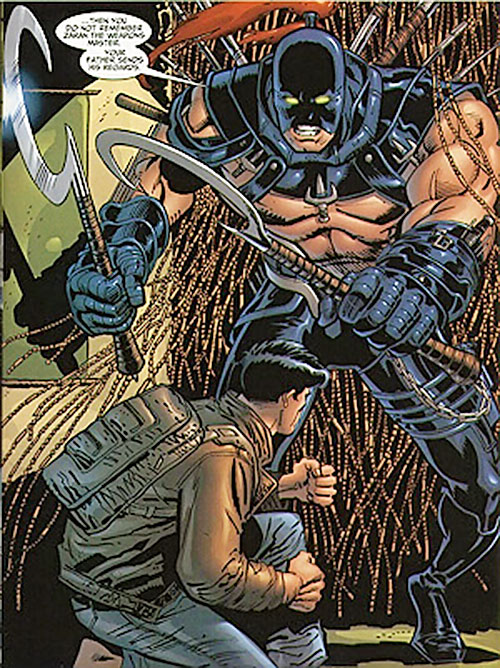 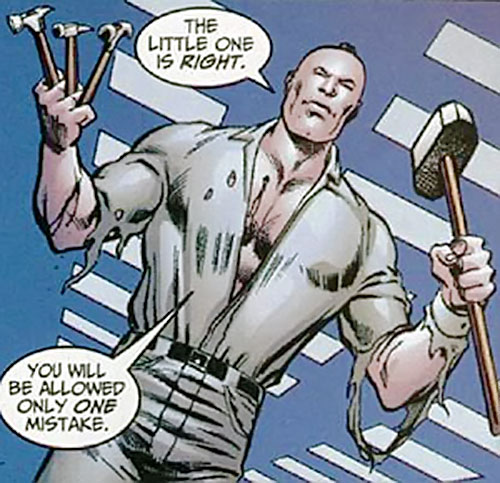 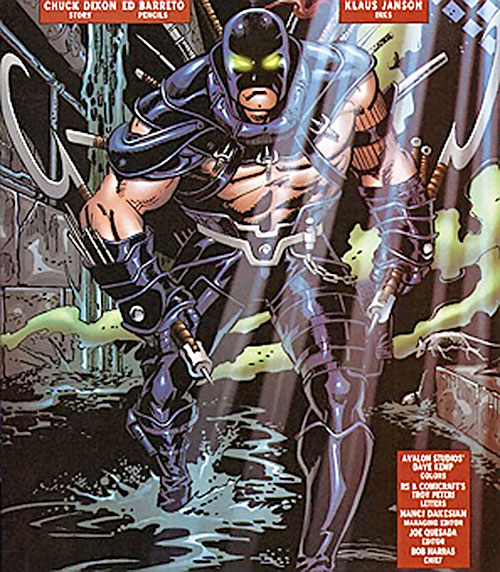