Zawadi is superhumanly strong, agile and fast, and has superhuman senses. Reportedly this comes from having consumed the sacred heart-shaped herb of Wakanda.

Her strength, however, is beyond the levels previously witnessed in Black Panthers – about “Class 2”. Thus, she could repulse a T-Rex by lobbing random 50 lbs. rocks at its head from a distance. Or drive a spear right through the neck of another in a diving attack.

Zawadi is an adventurer from Wakanda. She apparently consumed the mystical heart-shaped herb that plays a critical role in the politico-religious monarchic system of that country.

Since the herb is normally intended solely for those personally accepted as monarch and vessel by the Panther God, there must be quite a story there. It is entirely possible that she’s persona non-grata in Wakanda, and perhaps even hunted by the Hatut Zeraze, the Wakandan secret police.

In 1956, Zawadi stumbled upon Ulysses Bloodstone in what I assume were the Pare mountains . he was fighting a tyrannosaurus, as he does. She helped him wound and rout the beast. Bloodstone explained that he was tracking the gigantic mutated ant named Grottu, who had just invaded Mombasa. 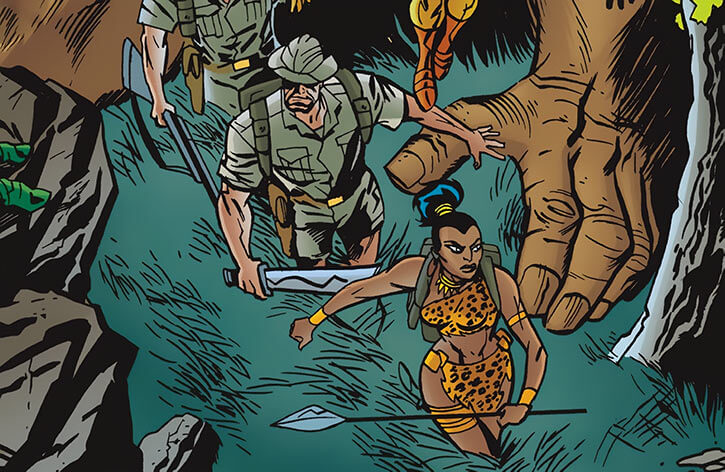 Zawadi helped Bloodstone follow the trail of the monster, and the two became friends. However they never found Grottu. The monster’s trail entered a tunnel that had since collapsed. Reportedly that was in the Wakanda mountains, which seems impossible given the distance between Mombasa and Wakanda. But then, comics have historically been bad at Africa-ing.

Zawadi accompanied Bloodstone as he returned to New York City. Bloodstone taught her English during the trip if she didn’t speak it already. There they were contacted by one Michael Cury of the NSA (secretly Makkari of the Eternals), who wanted to organise a club of Monster Hunters.

What is known about the career of the Monster Hunters is explained in our Ulysses Bloodstone entry. Their further adventures, and the remainder of Zawadi’s career, are unrevealed.

According to Elsa Bloodstone’s research, Zawadi mysteriously broke contact with everyone, though Ms. Bloodstone didn’t specify the year.

Zawadi has the regal bearing traditionally associated with jungle heroes, back when jungle heroism was fashionable in the funny books. She wears mostly Western clothing when in town, but prefers traditional jungle heroine attire when in the field.

Zawadi appears to be an adrenaline junkie. She craves adventure, new sensations and new experiences. When Makkari made her fly she was obviously having the time of her life.

As a nod toward the fiction of that time, Zawadi is a Noble Savage of Regal Bearing and Innate Lack of Underhandedness. As a more modern trait she’s observant, sharp as a tack and not afraid to speak up her mind. Gaining her trust is not easy, but she’s not pointlessly difficult about it either.

Zawadi prefers the wilderness to the city. Since she grew up in the beautiful wilds of Kenya and Wakanda, and has an enhanced sense of smell. She also seems to like animals.

“So many people living so crowded together ! I was expecting better of your New York City !”

(About her spearswomanship) “Firearms are rare in Wakanda, doctor — and the threats are many. We have had to develop other skills.”

“I could smell your breath across the room ! Who are you, little man ? Why do you spy upon us ?”

Zawadi: “Ulysses, why didn’t you tell me [about your past] before ?”
Bloodstone: “Would you have believed me ?”
Zawadi: “Yes.”

Drawbacks:
Misc.: Early on, Zawadi lacked basic Western skills such as how to drive a car, Misc.: Zawadi likely encounters racial prejudice in many countries she operates in.

Zawadi appeared but twice, and some stats are thus but educated guesses. 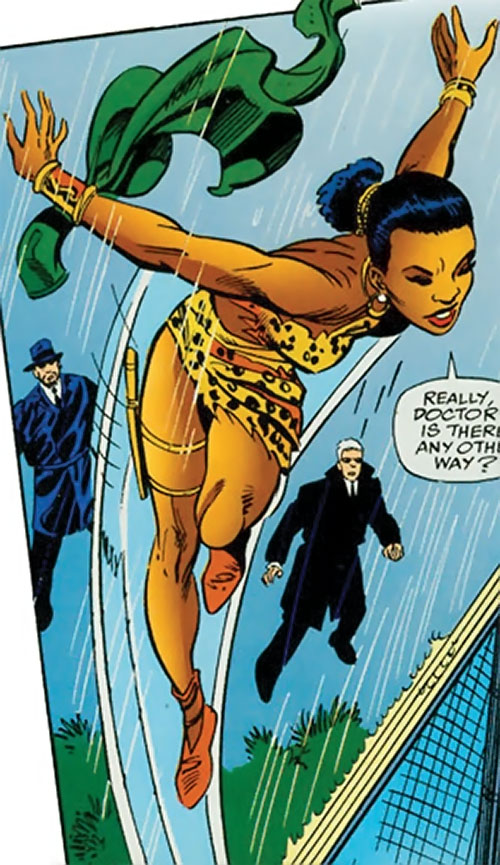 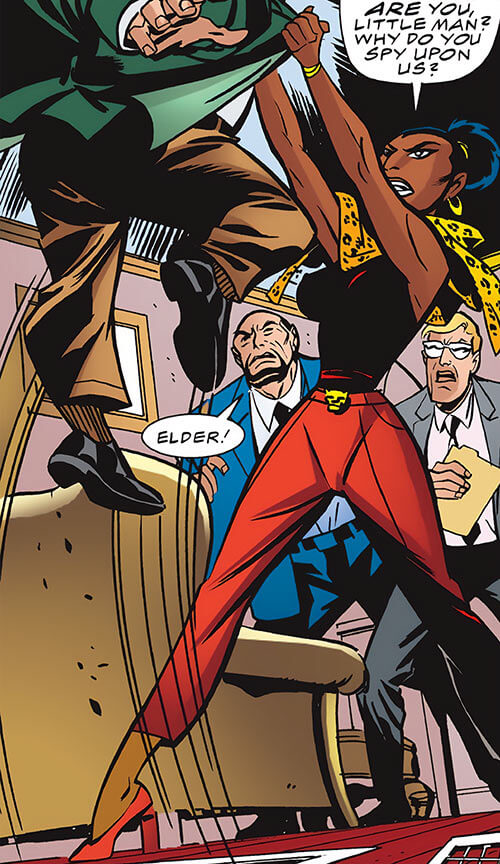 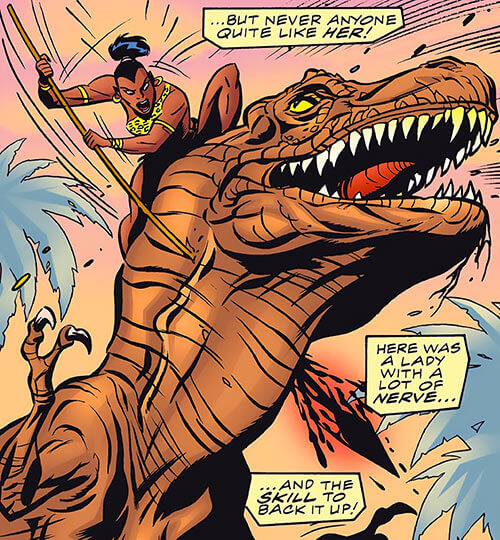 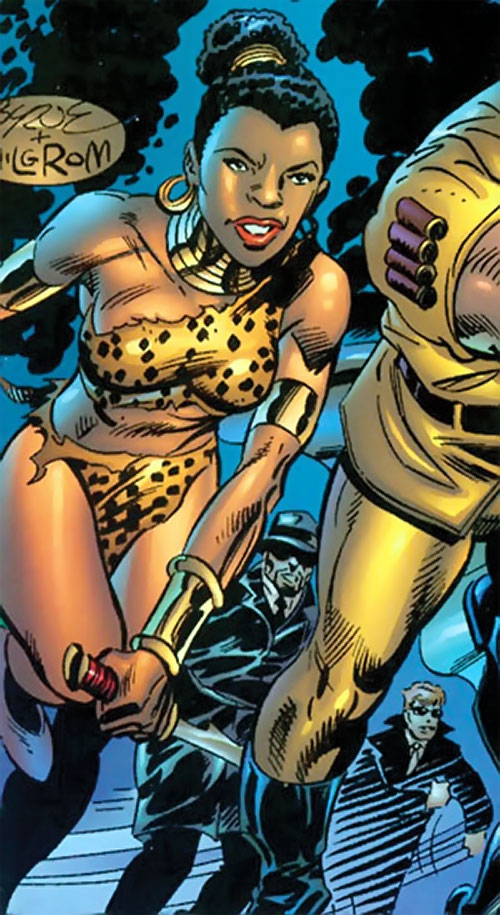