Zebra-Man I is an obscure and goofy Batman villain, seen but once in 1960.

He’s one of the stalwarts from that weird sci-fi-ish era when Batman and associates kept undergoing strange transformations. “THE ZEBRA BATMAN !”. “THE RAINBOW BATMAN !”. “ALFRED IS THE OUTSIDER !”. These things.

Writer Grant Morrison referred to this era by mentioning that Batman experimented with hallucinogens during his early career. That was to build up resilience against chemical mind control and other drugs. Say, from the Scarecrow (Jonathan Crane) or Hugo Strange.

Zebra-Man is an inventor. And presumably a scientist specialising in high energy physics.

He operates with a gang of hat-wearing, revolver-toting nogoodniks. These guys know how to operate motorcars and yachts.

He charged his body with a powerful energy, resembling magnetism. However, he requires a special belt to control it.

Zebra-Man can attract and repel objects, like a sort of magnet. But it’s not limited to ferrous objects. For instance, he made a wooden roadside water tank collapse by drawing the top of the tower toward him.

He can affect enormous masses. He could raise a freighter from the bottom of the ocean, and even make it leap above the waves. Assuming a Liberty Ship, that’s something like 15,000 tons being “handled” like a bathtube toy. 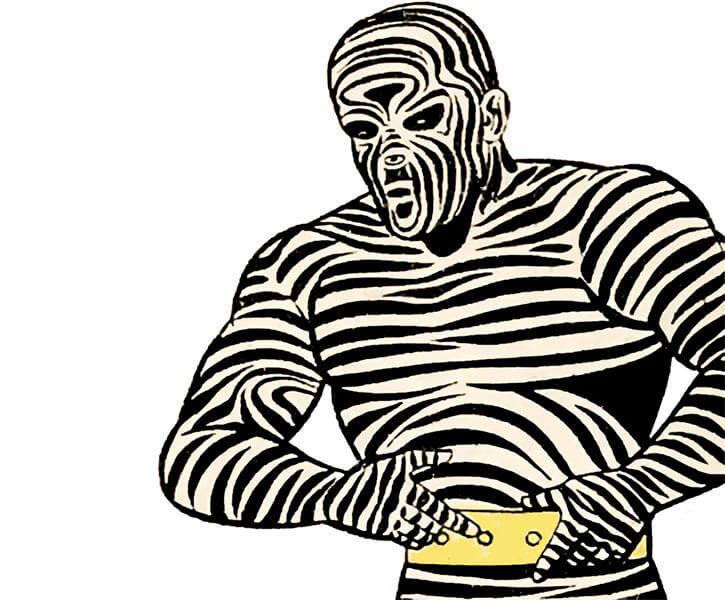 He’s an evil scientist who :

As was the style of the day.

He was too powerful for Batman (Bruce Wayne) and Robin (Richard Grayson) to defeat. But they raided his secret lab.

I can be loud man…

However, during this fray, Batman was accidentally exposed to the Zebra-Man’s machine !

The glowing, eerie Zebra Batman was charged with an uncontrollable, repelling charge.

If nothing else, he’d die of starvation from being unable to approach food. 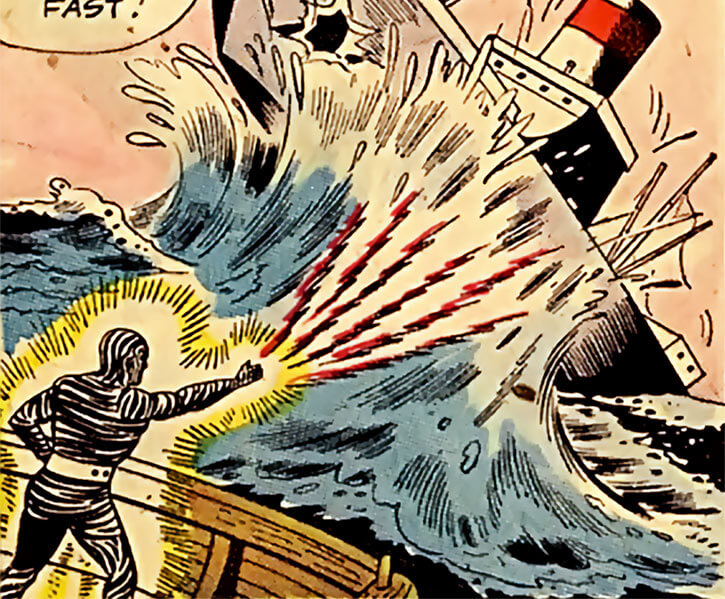 … I can be silent

Dejected, the Zebra Batman wandered away. But whilst passing a junkyard, he noticed how his powers interacted with a large electromagnet. The kind used to lift cars.

With Robin, he thus set up a trap for the Zebra-Man. While the Zebra-Man and the Zebra Batman should have repelled each other, a magnetised mass reversed the Zebra-Man’s charge. Batman punched the criminal and took his belt.

Using the device, he neutralised both his charge and the Zebra-Man’s.

Zebra-Man was imprisoned, and never seen again. As Conan always says, Crom does not pay.

However, more than a quarter-century later, there was a new Zebra-Man. He had comparable powers, and the original’s machine may have been involved. This implies that the original Zebra-Man did exist on New Earth.

There apparently was a new version of Zebra-Man during the New 52 era. But I read very little DC during that span. 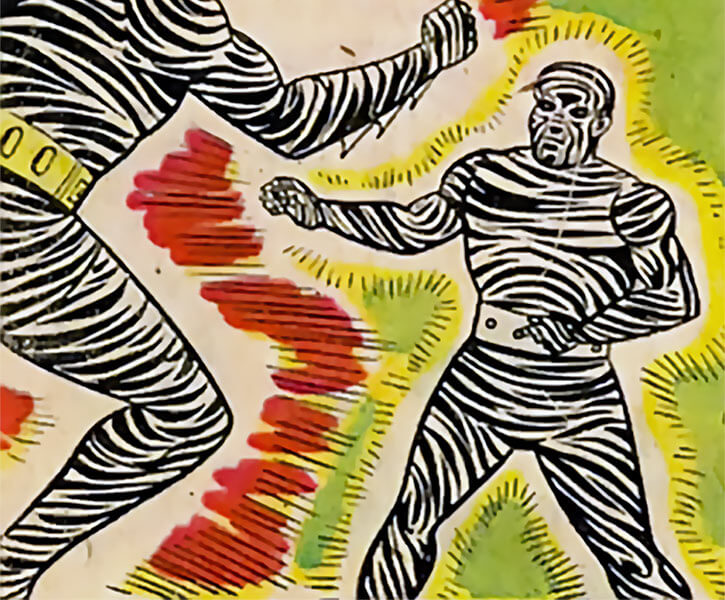 Zebra-Man’s actual costume is a red or orange bodysuit with white briefs. He wears a sort of skullcap, which also covers his upper face and the back of his head.

However, when he’s charged, he becomes eerily black and white.

The “stripes” are actually manifestations of waves of magnetic force. Think of those didactic illustrations of a magnet’s poles, like this one  .

He wants to steal all the moolah, using his formidable power.

Like every vintage Batman villain he robs museums, furriers, jewellers…

“Don’t worry… he can’t get too close to anything, without pushing it away ! Since he smashed my machine, he’ll NEVER be free ! Batman’s a prisoner of the force-lines now !”

The 1960 Batman’s DEX isn’t ginormous, but the Zebra-Man’s AV is terrible. So he did Flailing Attacks whenever he aimed at the Caped Crusader.

Therefore, a force that could casually smash away heavy armoured doors didn’t instantly turn our hero into bat-pizza.