What happens when the never-ending battle for truth and justice ends ?

It is set in an original setting where crime and violent conflict all but vanish within months, making heroes largely pointless.

Zenith demonstrates the ability to fly at supersonic speeds. She can travel half-way across the world in three minutes.

She has super strength, and is impervious to most weapons less than that of a nuclear warhead.

She was able to hear Transom whisper for help from half-way across the world. She also could visually inspect a secret base from the outside (noting no one was inside). 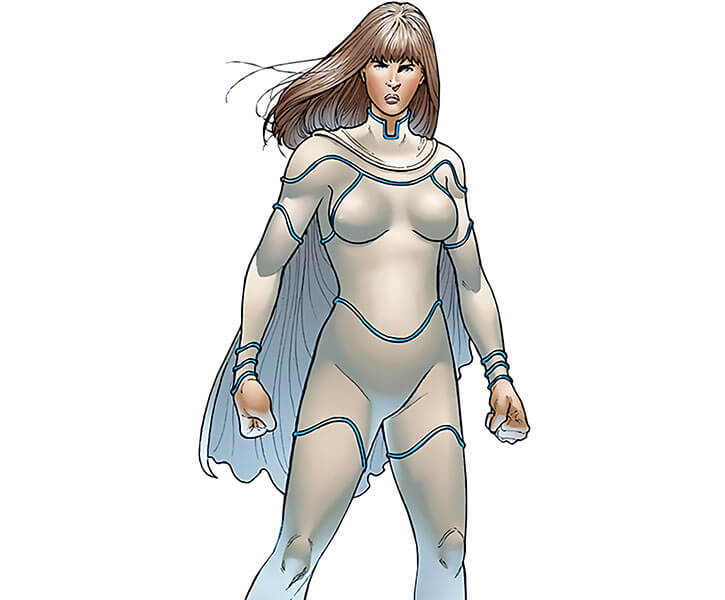 Zenith is in Mumbai, India helping Agni [Indian god of fire and light] stop a giant robot built by Ventris from destroying the city. During the battle she is called by Sabre that they need to talk.

Zenith arrives at Sabre’s headquarters. After having sex, Sabre tells Zenith he broke into the FBI headquarters and learned that crime is down globally, and the FBI predicts it will continue to drop. Zenith notes that it doesn’t seem natural and Sabre states that’s what makes it a problem.

Zenith calls a team meeting where she shares Sabre’s findings. The team decides to investigate telepathic villains when breaking news occurs. Oculus has surrendered himself in the Netherlands to international authorities.

Zenith is called by Transom, who suffered a catastrophic power burn-out while trying to put a stop to a tsunami, to come save him. She arrives, gets him to safety and begins to rescue survivors.

Later she notes that unlike Transom she cannot get to natural disasters in time to prevent them, and that means she’s not responsible. For the first time she feels free to just fly.

Sabre calls Zenith to take him to Akureyri, Iceland. He has discovered the location of a secret base for a company called Spherical. He believes Psiclops may be being forced to create the Global Humanitarian Phenomena against her will.

Source of the GHP

Finding the base empty, they discover some computer systems that were left behind.

Sabre calls Null on a wrist-communicator and sets up a link for Null to resurrect any data he can find. He finds security camera footage of Psiclops entering the facility with men in suits, apparently of her own free will.

They discover a secret level hidden inside a tesseract. Zenith smashes it open and discover an operating room and the corpse of Psiclops. Her head has been opened and parts of her brain removed.

Sabre states that he thinks he knows who is behind it all, but needs to visit him first to make sure.

Under the pretense of trying to stop him, Zenith grabs his wrist and plants a tracking device on him. She lets him go, and calls for a team meeting about stopping Sabre from ending the GHP.

Zenith gathers up heroes and villains to protect the GHP device in Oculus’s headquarters. But Sabre didn’t come alone. Zenith is surprised to find that she is confronting Cammo, a shape shifting super villain, to whom Sabre gave one of his power nullifying devices.

He activates it and engages in a fist fight with Zenith, until team mate Null gets involved and smashes the device.

Later, Zenith finds Sabre wearing one of Oculus’s power armourStrength-enhancing body armour, like Iron Man’s. suits, after he just killed a half a dozen defenders. He uses the suit to hit her with some kind of electric blast that knocks her unconscious. Zenith awakens and goes to the device, where she confronts Sabre.

Sabre admits the suit is all out of tricks, and warns her that he won’t stop trying to destroy the device. She warns him to never come back and lets him go.

Zenith stays and sets up an army to protect the GHP device. 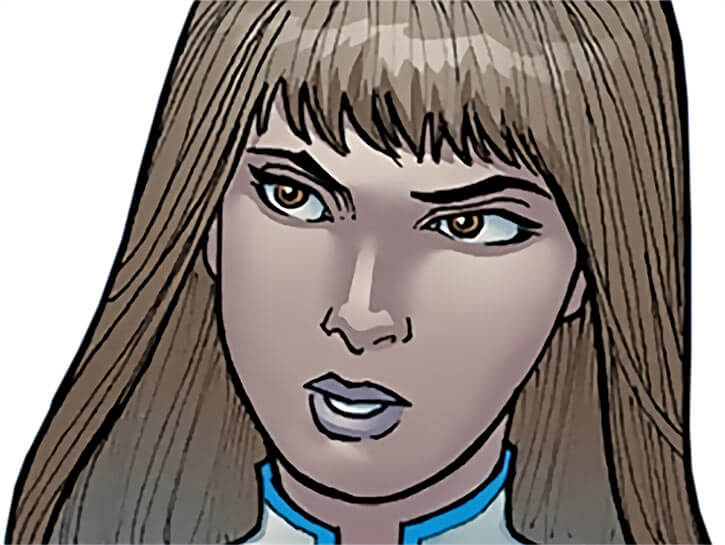 Zenith is focused and dominant, taking on the role of leadership in every situation. She gives directions and orders, even to the point of redundancy. As one teammate notes, “you have a way of telling people that which they already know;”

She dislikes being called Amanda when she’s working.

She is in a relationship with Sabre, an anti-hero vigilante.

When the GHP takes effect and she feels a sense of relief from responsibility. But in truth she is ever the leader calling for team meetings whenever necessary.

“I’m the world’s most renowned hero sleeping with a homicidal vigilante.”

“For the first time… I’m just like everyone else. And with the weight of the world finally… finally… off my shoulders… I feel like I could fly.” 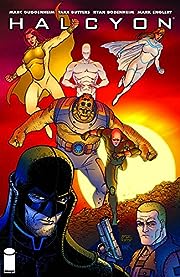 Zenith could well be another Kryptonian, or like Power Girl, another attempt at a Supergirl expyFictional character heavily based on another character..

Zenith could be a refugee from the Shi’ar empire (like Gladiator of the Imperial Guard).

Zenith is described as a female version of Superman. Therefore, I used Supergirl’s stats from Writeups.org to stat her attributes and powers.

I eliminated some of the superfluous powers like Super Ventriloquism.