Zoe’s Gun Enhancements are a series of cybernetic implants which provide the Seven Guns with:

These enhancements are activated by her saying her unrevealed keyword.

Zoe can move at great speed (means explained in quote below), and can take others with her as long as they’re capable of running. She’s also immune to radiation while moving at speed.

Zoe was a resident of a western US city ruled by a corrupt police force and private armies. She was approached by friend Tom Watson who, with John (Horus) and Frank Blacksmith. These had developed the cybernetic technology which merged with other scientific disciplines to allow the creation of Gun Enhancements, gifting the recipient with cybernetic super-powers. Joining them, she was enhanced, adopting her codename and joined the Seven Guns. 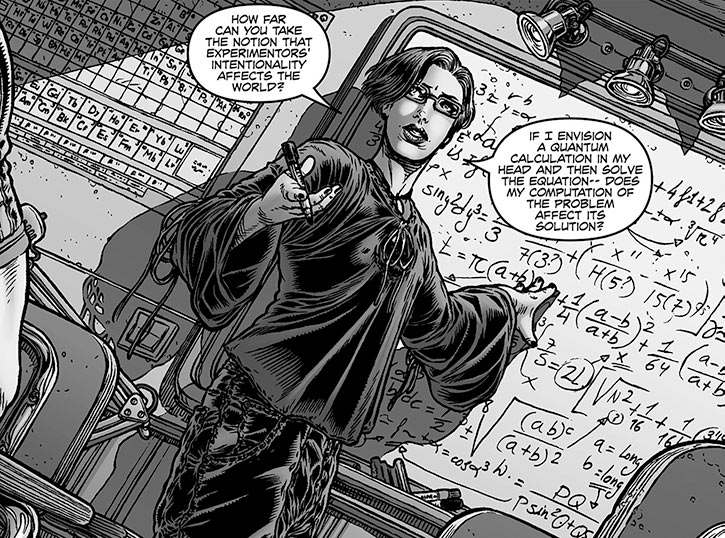 They enjoyed a freedom to operate for a while. Then John decided that the President was guilty of a number of crimes, including starting an illegal war. John summarily executed the President and his inner circle. He then stood before the White House press corps declaring that the country should hold fresh elections.

Tom reunited with the other Guns, apart from John, who’d distanced himself from them during his speech. But they were unable to come to an agreement on how to respond, made harder since Kathryn had opened fire on the Army.

Keep it all under control 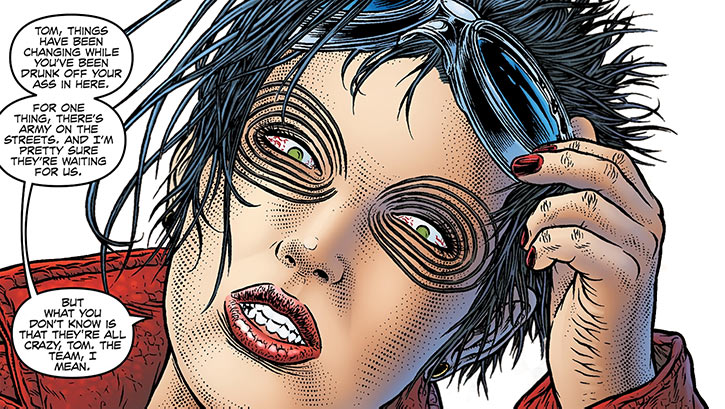 Heading to an ammo dump to re-supply, they were ambushed by a group of Frank’s Guns. Dominic was killed in the fight, but the others managed to kill their attackers.

Learning that John was battling another group of Frank’s guns in their city, they gave him brief support to allow him a breather. But they then warned both him and the military to stay out of their city after they were finished. They then let the battle continue, while they went about saving lives of those affected by the fight.

The most stable and calm of the Guns, Zoe is the least likely to shoot to kill, and the most personable. She’ll try to negotiate peace between the volatile personalities of the Guns.

Prior to being enhanced, she seemed truly enthused by her scientific studies. But this seems to have been lost as her super-powered identity has taken over her life.

Zoe: “How far can you take the notion that experimentors’ intentionality affects to world ? If I envision a quantum calculation in my head and then solve the equation — does my computation of the problem affect the solution ?”
Tom: “You’ve been speaking for 15 seconds and already part of my brain is dead, Zoe.”
Zoe: “Okay. The Millis bias field . It’s all about making spacetime play tricks to approach or surpass the speed of light.”
Tom: “I thought nothing could go faster than light.”
Zoe: “It can’t. And if you get close to it you hit all kinds of weird relativistic effects.”
Tom: “So what’s the point ?”
Zoe: “The bias field distorts spacetime on the inside but lets it run on the outside. So none of that happens. The shape of the field makes it push through spacetime faster than light.”
Tom: “Oh god, my head is bleeding.”
Zoe: “What if I could make it happen just by closing the mathematical circuit ? A quantum-physical thought-experiment affected by my own intention ?”

“I don’t even dream in full color anymore.” (The speeds she moves at shift the colours she sees)

She’s shown wearing glasses prior to gaining her powers. But it’s unclear whether this is due to sight problems, so I haven’t addressed it. 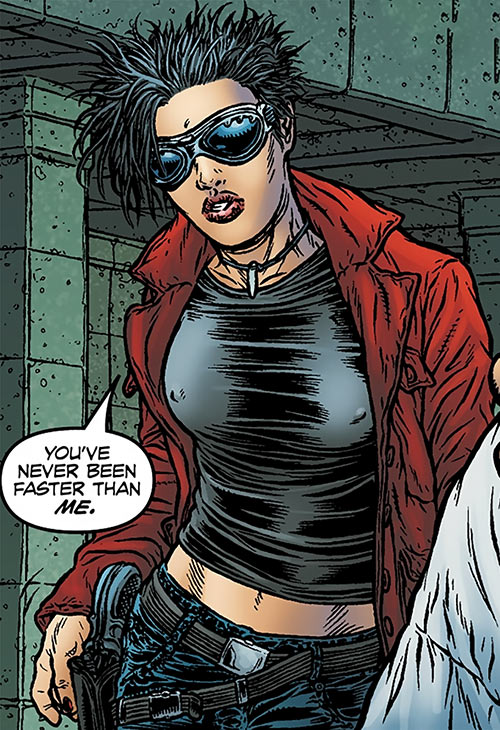 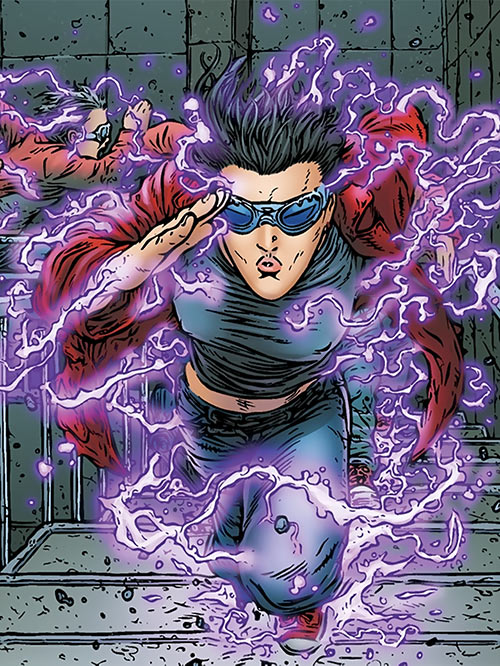 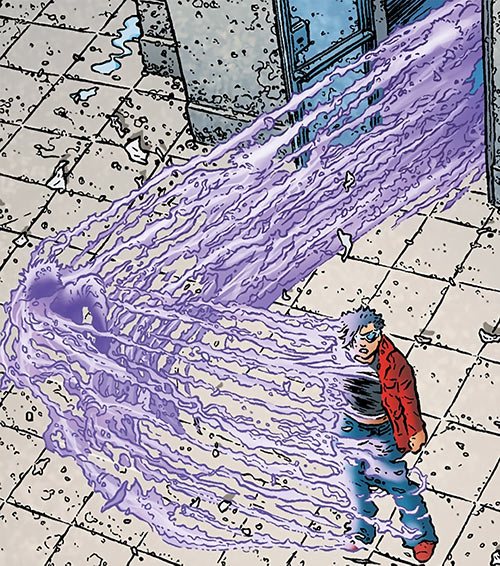 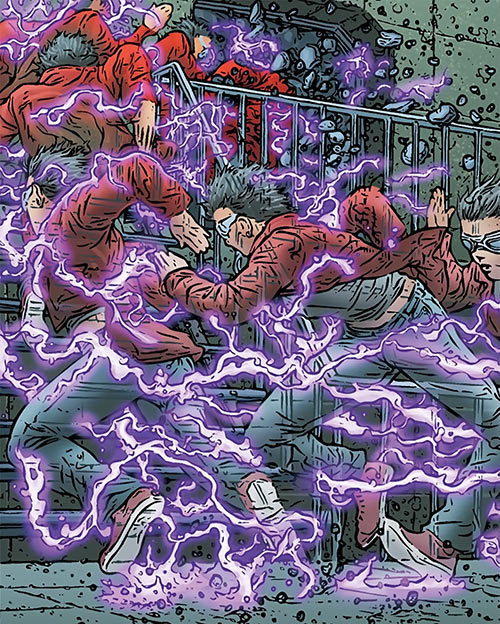