Zoga has been mutated by the gasses in the Dead Zone. Thus, he’s noticeably faster and stronger than most Atlanteans. Furthermore, his forearms and skull have grown what he calls his “spikes of hatred”. He uses these tough, sharp protrusions to deadly effect.

Zoga’s precise power level is impossible to estimate. This is because Namor was weakened by poison when they fought.

Zoga used to be “a powerful despot”. One gets the impression that his reign occurred while Namor was King of Atlantis. Perhaps Zoga took over an isolated Atlantean colony.

Zoga was deposed and exiled to an area of the Bermuda Triangle called the Dead Zone. It is known for its toxic underwater gases. This was apparently a death sentence, as one cannot avoid the gases for long.

However, the gases mutated Zoga rather than kill him. Their toxicity had been dropping anyway, and they eventually posed little danger. Zoga also discovered and tamed a number of sharks bearing mutations similar to his. These apparently considered that Zoga, as a fellow mutant, was one of their own. Though with sharks this has clear limits. We strongly advise never trusting a shark.

Blood in the Dead Zone

Since nobody suspected that the Dead Zone was no longer deadly, Zoga used it as his base. He recruited various Atlantean malcontents and even hired people on the surface world, presumably paying them with undersea riches pillaged from wrecks.

These accomplices would sabotage from within ships sailing over the Dead Zone. They ensuring that their shipments of weapons and military supplies ended up in the hands of Zoga’s men. His ultimate goal was to conquer Atlantis.

In 1988, the exiled Namor randomly stumbled upon such a sinking. He was poisoned and nearly killed by Zoga’s men. Though weakened he investigated, but he was spotted by Zoga. The deposed despot plunged the Submariner into a pit with his pet mutated sharks.

Namor escaped by inflicting a bleeding wound to one of the sharks. Confronting Zoga not too long later, he did the same to him by wounding him with his own mutated spikes.

Zoga is presumed to have been killed by his pet sharks, since he hasn’t been seen since. His men managed to flee, though.

Generic villain with delusions of grandeur and a gloating habit.

“Like my pretty pet sharks, the gases mutated my body into spikes of hatred !”

“Ha ! Admit defeat, bottom feeder ! You can’t hold out against ME !”

Bonuses and Limitations:
Claws are Contingent Upon STR.

Advantages:
Slowed ageing, Misc.: Zoga isn’t attacked on sight by the Dead Zone sharks, and can use his Animal Handling Skill on these normally.

Atlanteans have a strong physiological need for water (preferable sea water), and an almost mystical bond with it. The effects are the following :

Use the stats for a typical Atlantean soldier, though they were usually armed with energy pistols (Energy Blast 5 and their Weaponry score with it is a 3). They did not have Hero Points.

One of them shot Namor with what looked like a modified, underwater-capable flare pistol shooting poisoned coral – presumably a species secreting a palytoxin. The poison nearly killed Namor and left him weakened, with a DEX and STR lowered by about 4 APs – plus the HPs lost LDDing the poison. Poison Touch: 13 or so is a possibility for this plot-device weapon.

Namor survived by applying a specific sort of sea weed on his wound, which drained the poison away.

Mutant sharks from the dead zone !

Zoga has a pack of a half-dozen mutated sharks – most of those being about 5 meters long. The mutant sharks have the following stats :

Drawbacks:
CIH of anything that is bleeding in water, Distinct Appearance. 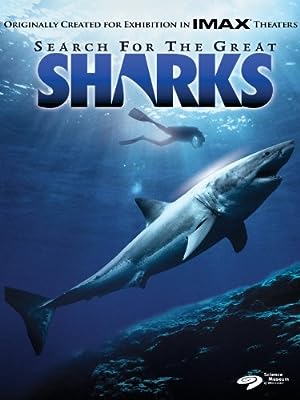 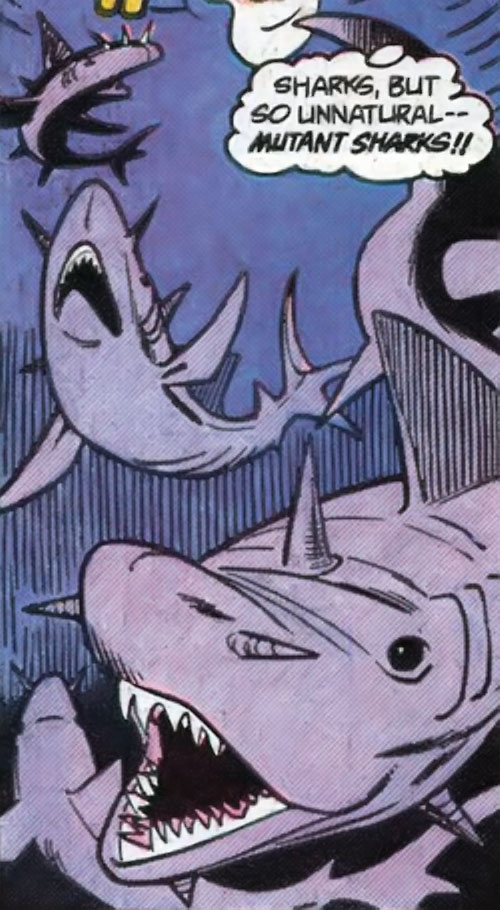