Same as a Doom II zombie, but meaner and tougher. And with a chaingun .

These zombies are mutated, undead Earth commandos and assault troopers, now eating human flesh and serving the powers of Hell.

Which sucks, when you think about it. 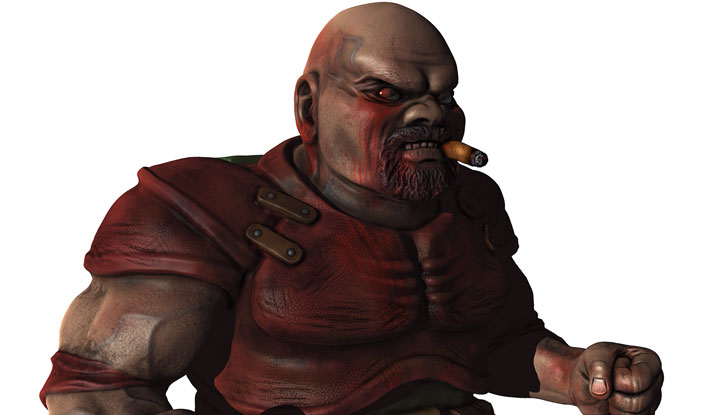 Bald, clad in badly tattered red and black body armour, hip-firing a chaingun. Like other zombies, they are covered with blood and some fungi.

Being at the top of the zombie food chain, they eat more often, and tend to have a mouth full of half-chewed flesh. 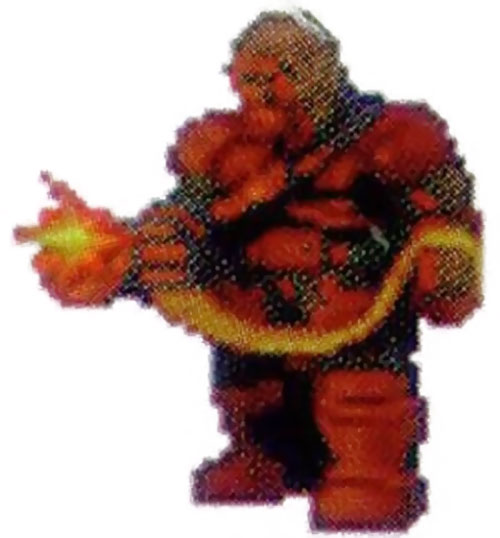 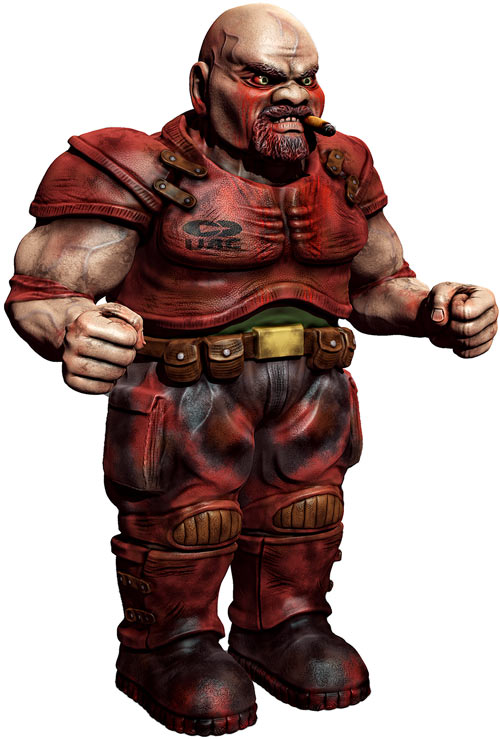 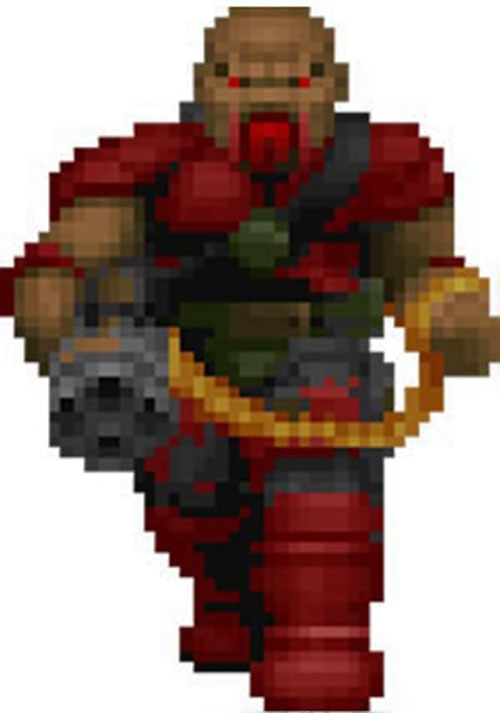