This is a monster from the landmark Doom video games of the 1990s.

This was done years before the DOOM of 2016, and quite possibly before Doom 3. Like, our DooM monster writeups are really old.

They’re slow and clumsy, the Doom marine can drop them with two pistol shots, their carbine is anaemic. They’re the Doom zombies.

Unfortunately, there are billions of them. Well, millions, at least. And heh, it’s not that common for zombies to pack. 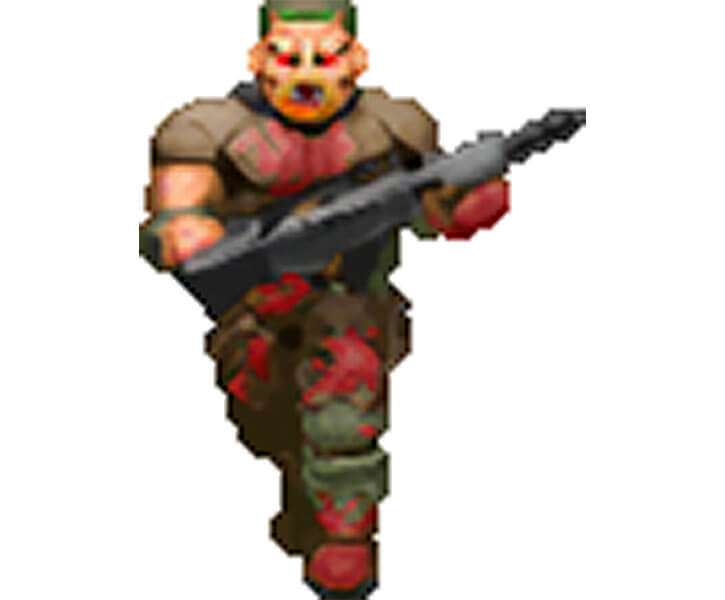 Don’t mock them, for when Hell comes you’ll end up as one.

Green crewcut, tattered grey fatigues, covered in blood and some fungi, brandishing an assault carbine, moaning and shambling about.

However they were zombying before zombies were cool. So perhaps they are hipster zombies.

Strange Appearance, Catastrophic Rage (if hit by an attack, will almost always attack the offending creature). 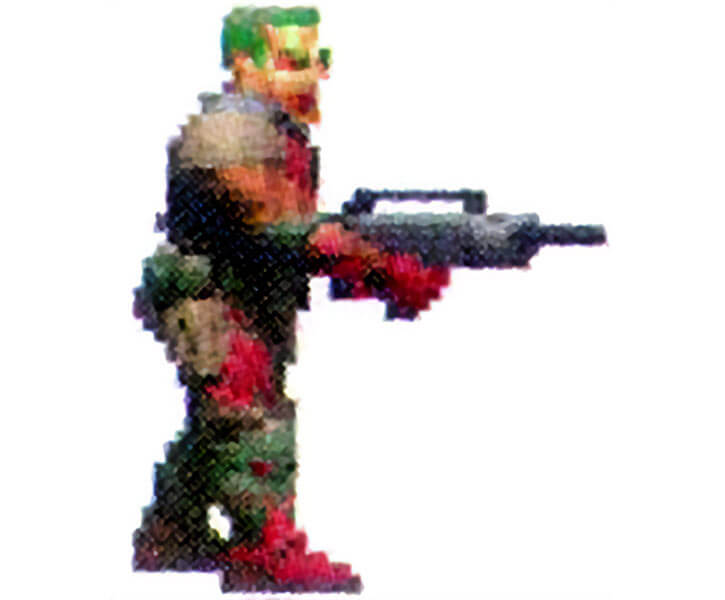 I think I scanned this one from the game’s manual. Possibly.