Simon Garth was a successful, rotten, brutal industrialist. He was murdered by his Haitian gardener and turned into a zombie in order to be punished forever. But the gardener was killed when he tried to force the Zombie to kidnap Garth’s daughter.

After that, the controlling amulet was held by a succession of folks. It caused mayhem and tragedy wherever the Zombie went.

The Zombie was laid to rest after two years of wandering by a powerful houngan.

In 1993, the Zombie was briefly reanimated by the murderous witch Calypso as a mystical experiment.

He’s chalk-white and partially mummified, with long dirty black hair. Most of the flesh on his face is discomposed, and his clothes (a business suit) have mostly rotten away.

It wears a Damballah amulet around his neck.

The Zombie is a mostly mindless undead.

Bonuses and Limitations:
Power Reserve can only be used in situations which have strong emotional connections with his former human life (-3).

Drawbacks:
Strange Appearance, Vulnerability (can be controlled by certain voodoo rituals or the amulet).

Source of Character: Tales of the Zombie and others (Marvel Universe). 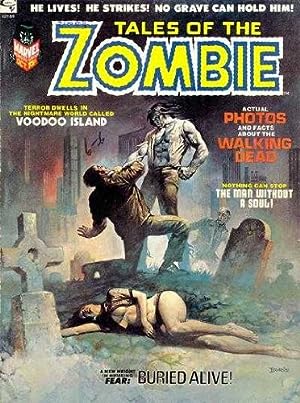 Tales of the Zombie 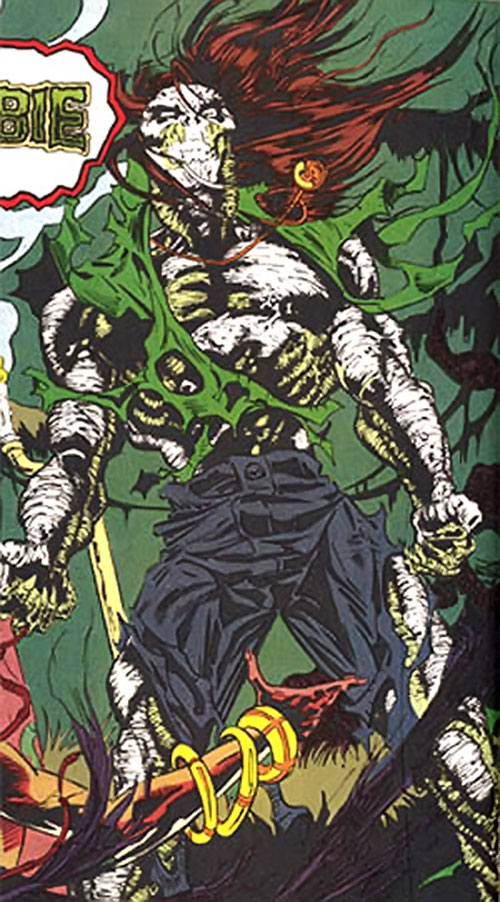