Zombies are nude, rotting humans, their ragged skin haging off of them in tatters. They frequently reach into the most disturbing places of their bodies to tear out segments. Then they can hurl these at their enemies.

This usually means reaching into the brain cavities, their guts, or their anuses.

Zombies can only be permanently killed if they are torn completely apart. Otherwise they will quickly rise again. 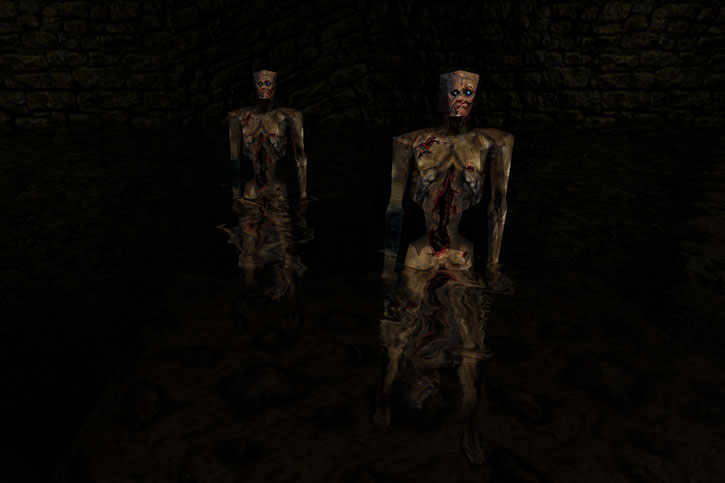 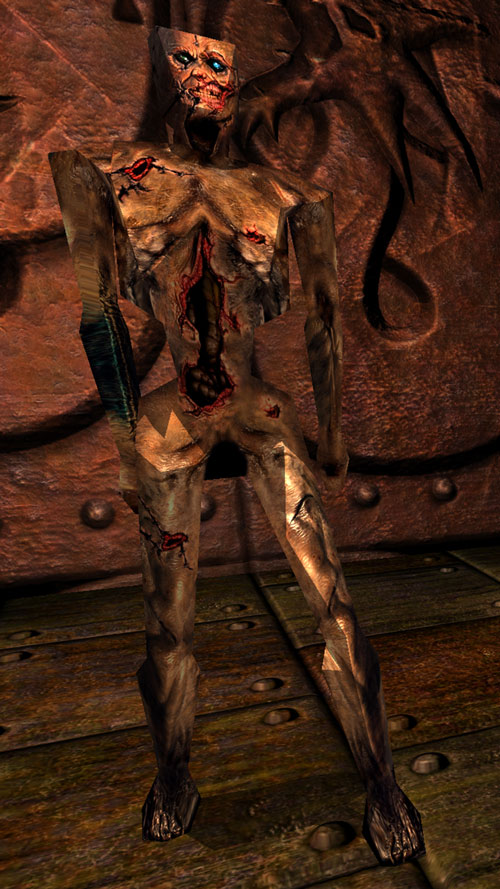 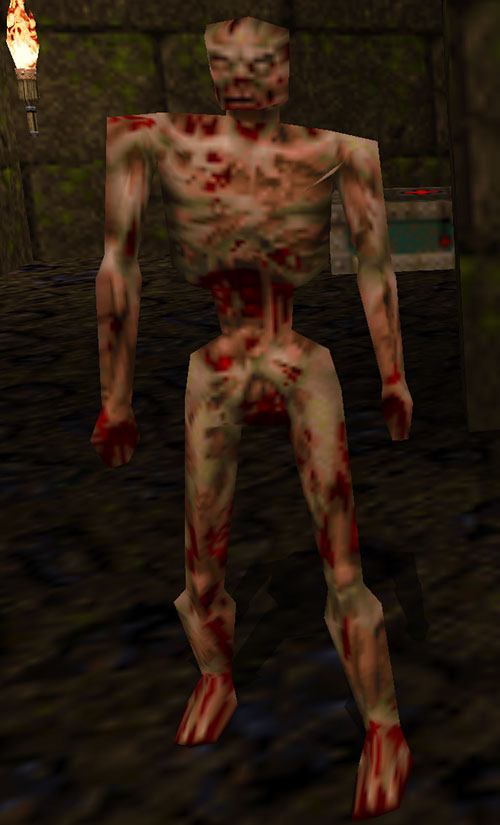