Same as a DooM ][ zombie, but meaner and tougher. And with a shotgun. Boo-yah !!

Fortunately they tend to open fire from too far away, hitting people with stray pellets rather than a full load of buckshot.

Green crewcut, tattered gray fatigues (of a darker grey than the normal zombies), covered in blood and some fungi, brandishing a big shotgun, moaning and shambling about. 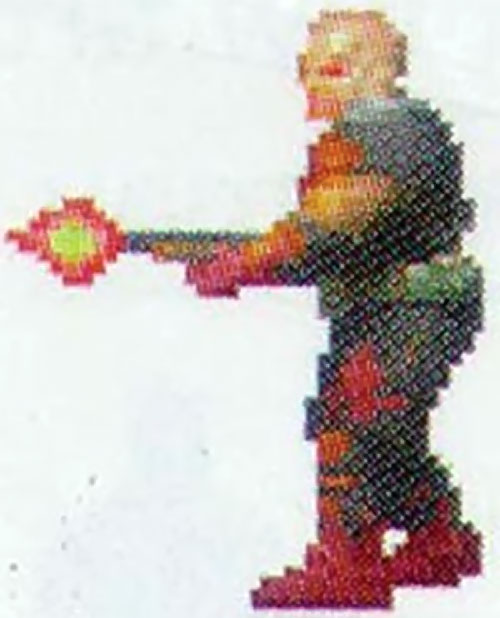 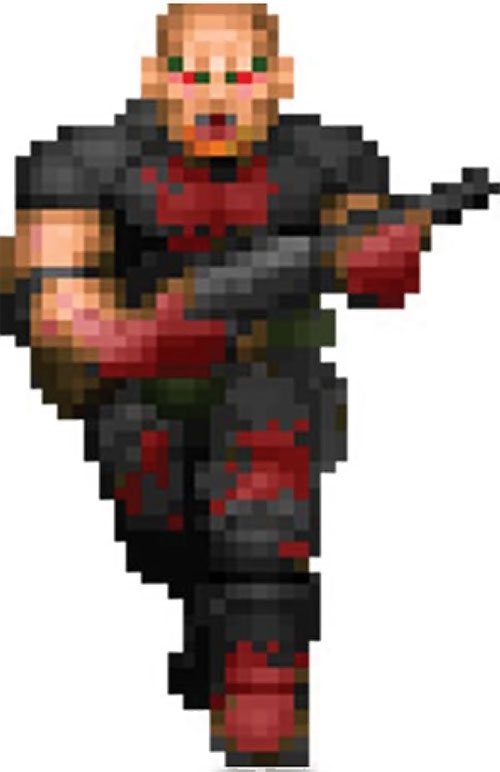